A protester wearing a face mask saying, stop rape, during the demonstration.

A TV channel in Ivory Coast apologised Tuesday after airing a show in which a man presented as an ex-rapist showed how he assaulted his victims using a dummy for the demonstration.

The programme, broadcast at prime time on Monday by the private Nouvelle Chaine Ivorienne (NCI) channel, caused a massive outcry and sparked a petition signed by 37 500 people demanding that the presenters be punished.

The show saw host Yves de M’Bella laughing as he handed his guest a mannequin. He helped the former rapist to lay the dummy on the ground and asked him to explain in detail how he raped his victims.

At the end of this “demonstration”, the interviewed man was encouraged to give women “advice” to avoid being raped in a segment meant to denounce sexual assault.

The petition, addressed to the country’s media regulator and the ministries of communication and youth, called for the show to be cancelled and for “its presenting team, headed by Yves de M’Bella, to be sanctioned”.

“Rape is so degrading and dehumanising for the victim.”

The Ivorian human rights league condemned the programme, which it said was “humiliating and degrading for women”.

The group also demanded that M’Bella be kept away from the final of the Miss Ivory Coast pageant which he was due to host on Saturday.

NCI’s management apologised on Tuesday, saying it was committed “to respecting human rights and in particular those of women”, and expressed its “solidarity with women who are victims of violence and abuse of all kinds.”

Taking responsibility “for this serious and regrettable mistake,” NCI said De M’Bella had been suspended and the programme would not be aired again.

M’Bella himself told AFP that he understood the indignation. “I ask for forgiveness,” he said.

Women’s rights organisations have organised a protest in Abidjan on Wednesday.

There are no official statistics on rape in Ivory Coast.

In June, an NGO called CPDEFM, which campaigns for the rights of children, women and minorities, found after an in-depth probe that in the space of two years, 416 women had been killed in Abidjan alone. 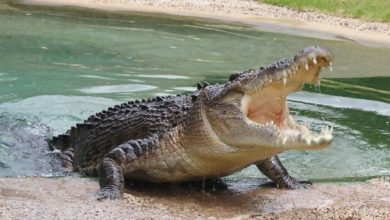