COLUMBUS – According to the Ohio State Highway Patrol, from 2018-2020 there were 91,972 crashes on Ohio roadways in which a driver was either exceeding the posted speed limit or unsafe speed was a contributing circumstance on the crash report.

During that same time, one-third of speed-related traffic crashes involved at least one driver between the ages of 15 and 24.

“Crashes involving high speeds are preventable, and choosing to slow down could be the choice that saves your life or the life of someone you love,” said Governor Mike DeWine. “Speed limits are set for your safety, and I encourage drivers to always keep their attention on the road and follow the speed limits.”

Male drivers accounted for 61 percent of speed-related crashes. From 2018 to 2020, troopers issued more than 220,000 speed citations for 20 mph or more over the speed limit.

“When a person drives over the speed limit, it increases the dangers to the driver, other motorists and passengers,” said Lieutenant Grewal, Mount Gilead Post commander. “Because of the dangers, this is why responsibility, awareness and safe speeds are so critical for our motoring public.”

Locally, unsafe speed was attributed to 20 percent of crashes in Morrow and Knox counties. Motorists are urged to follow speed limits, and remember that higher speeds represent a small time savings when factors such as traffic, weather, and other conditions are considered.

To view a copy of the entire statistical recap, visit https://www.statepatrol.ohio.gov/links/Speed_Bulletin_2021.pdf.

Our stories will always be free to read, but they aren’t free to produce. We need your support. To help our news organization tell Knox County’s story every day, join our team. Become a member today for less than $5/month. 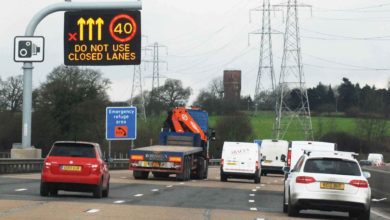