Anti-corruption law does not take into account the factor of imbalanced power dynamics, write Corruption Watch’s Sabeehah Motala and Melusi Ncala. If it really wants to address the so-called culture of corruption permeating our society, the law cannot do so while those with power remain unpunished and those without, risk being punished for their indigence.

There is a problem with anti-corruption legislation in South Africa. It does not reflect the intersecting forms of power that may determine how one interacts with corruption. Ultimately, this could severely disadvantage those who are beholden to varying structures of power and inequality, that affect their everyday access to human rights.

We know that different and multiple forms of inequality or systems of power can create disadvantages.

US lawyer and civil rights advocate Kimberlé Crenshaw developed the theory of ” intersectionality“, which explains how these forms of power can compound and determine people’s experiences. Indeed, in South Africa, these multiple and varying forms of inequality exist – racism, sexism, ableism, but also differences of economic class. These factors can determine different people’s experiences of interacting with education, healthcare and the police – and the ways in which people interact with corruption.

A Transparency International report analysing anti-corruption legislation across the world found that much legislation places both parties to a corrupt transaction on equal footing in terms of criminality. Looking at the Prevention and Combating of Corrupt Activities Act (Precca), both the act of soliciting or offering, and accepting or agreeing to a bribe are criminalised.

This highly problematic equalisation of parties to a corrupt act does not allow the possibility to view corruption through a lens of imbalanced power dynamics.

Precca is appropriate, for example, where a mining tycoon bribes a minister to grant mining rights in an environmentally vulnerable area – both parties have equal power and coercion is not necessary, as each party gains an undue benefit of relatively equal value. However, Precca fails to incorporate an understanding of imbalance of power, for instance, where a poor single mother is extorted of her last R100 in exchange for her child being allowed to attend school.

The scourge of corruption is real and the ill effects are felt for a long time. But, though we can discuss the manifestation of corruption globally in terms of illicit financial flows, capturing of states or moral decay in societies, it is a worthwhile and arguably important exercise to contextualise the occurrence of graft. Each environment presents its own set of circumstances and no progressive society can discount these under the pretext of traditions and the general application of the principles of equality and fairness. If anything, a people driven to ensure that they are all treated fairly and equally before the law, will wisely add factors, such as socio-economics, history and perhaps access to basic services, to their scales of justice.

Using South Africa as a case study, it would be remiss of us to continue as though colonialism, apartheid, current economic disparities and violence against vulnerable groups have little to no effect on persons’ lives.

There are tens of millions of South Africans living in penury and unfortunately, neoliberal economics determine who ultimately qualifies for adequate health care, education, housing and sustenance. If we claim that it is incumbent upon us to address the ever-widening inequality in one of the most unequal countries, to do so holistically we also have to consider our laws and policies. In building a healthy society, more thought must be given to the social politics of corruption.

Of the almost 33 000 reports of corruption that Corruption Watch has received since inception in 2012, an overwhelming majority of cases illustrate how officials, officers and other powerful persons coerce and cajole ordinary people into committing corrupt acts just so that they can gain favour.

But not all persons in these unequal settings can participate in illegal dealings, mainly due to a lack of finances. Those who do, often do so because a nurse has asked for payment for medication, an administrator has offered to place a child in a school for a fee, a counsellor insists on a bribe from an applicant for government housing, and a police officer informs a victim of crime that he will only assist in exchange for sexual favours.

As we strive for a corrupt-free society, a multipronged approach must be adopted to curb improper behaviours.

In our continued efforts to bolster law enforcement agencies and in hoping that those who are thieving from the public purse will eventually be held accountable, let us also think about changing the culture of corruption in our communities.

A human rights framework based on social values will seek to discourage improper conduct through good governance and justice. In a scenario where evidence clearly points to a person of authority and power being abusive toward an ordinary member of the public, let it be the former who feels the full might of the law.

READ | Extract: Rogue’s Gallery: An irreverent history of corruption in SA from the VOC to the ANC

To encourage morale and ethical conduct, the latter can be rehabilitated through community service and other related programmes.

A threefold burden of disadvantage rests on those who rely on already government-provided resources. Not only are government services insufficient and mediocre at best, people dependent on them are exploited for their dependence, and to exacerbate matters, risk being prosecuted for their poverty and dependence.

Anti-corruption law requires a rethinking of legislation through a lens of human rights. If anti-corruption law really wants to address the so-called culture of corruption permeating our society, it cannot do so while those with power remain unpunished and those without, risk being punished for their indigence.

*Want to respond to the columnist? Send your letter or article to opinions@Newspages.co.za with your name and town or province. You are welcome to also send a profile picture. We encourage a diversity of voices and views in our readers’ submissions and reserve the right not to publish any and all submissions received.

Disclaimer: News24 encourages freedom of speech and the expression of diverse views. The views of columnists published on News24 are therefore their own and do not necessarily represent the views of News24 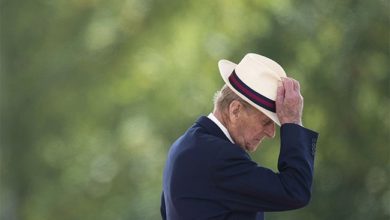 WATCH | The funeral service of Prince Philip, Duke of Edinburgh