More than a century of German denial has left much of the world unaware of the massacre. Today the sites of former concentration camps, such as those in Swakopmund and Lüderitz, are tourist destinations rather than memorials. While the Museum of Natural History in New York continues to conduct research on the human remains Germany stole, Herero and Nama have been denied for generations the opportunity to bury their loved ones. Many Nama and Herero live on unproductive soil, barred from the land taken from their ancestors. Most are disenfranchised minorities within Namibia or spread across the diaspora.

Some 30 years after the massacre in German South West Africa, Nazis murdered six million Jews. The two genocides are related. For it was in southern Africa that Eugen Fischer, later a prominent Nazi eugenicist, pioneered the pseudoscience about “racial hygiene” used to justify the slaughter of people Germans saw as an obstacle to Lebensraum — first the Herero and Nama, and later the Jews. Some techniques of slaughter, too, were first used in the colony: Victims were sent to concentration camps in cattle cars, tattooed and issued numbers, as they later were in Europe. Between the two atrocities, despite their differences, is a continuum in method and motive.

Germany’s response to this history, however, has been starkly different. Seven years after the Holocaust, in 1952, West Germany signed an agreement with 23 Jewish organizations and the Israeli government to pay reparations for the material losses suffered by Jewish individuals and people. In the years since, school curriculums, museums and memorials have placed the Holocaust at the center of national remembrance. Though insufficient, and unable to eliminate anti-Semitism, Germany’s efforts provide a baseline model for how to make amends for a historical atrocity.

As it did with Jews after World War II, Germany should meet with representatives from Herero and Nama communities to design reparations, taking into account both the material damages of genocide and the psychological and spiritual suffering caused by more than a century of denial.

These could take many forms: Germany could commit to direct compensation, work to return the land robbed from Herero and Nama people and return the skulls of those killed in German concentration camps. Germany could also integrate the Namibian genocide into its national narrative, through public education and commemoration, and build memorials at the sites of former concentration camps.

But to truly seek forgiveness and address the disaster it caused, Germany must first do something simple: Look Herero and Nama people in the eye, and listen to what they say. 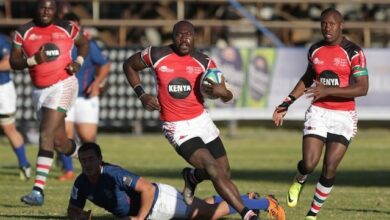