The OPEC group of oil producers and its allies meet Thursday with all eyes on whether powerhouses Russia and Saudi Arabia can agree on output levels following a rebound in demand and prices.

While the so-called OPEC+ group is often at loggerheads over how much oil to pump into the market, a sudden plunge in prices triggered by the coronavirus pandemic early last year led members to agree on a dramatic cut in output to underpin prices.

Now that vaccination campaigns are underway and demand from China, the world’s largest oil importer, has bounced back to pre-pandemic levels, the group is expected to raise output.

But the success of the meeting on Thursday will hinge on whether heavyweights Russia and Saudi Arabia can agree on a way forward.

“There is within the alliance a major difference of opinion on the capacity of the oil market to absorb new volumes” of crude, said Bjarne Schieldrop, chief commodities analyst at SEB research group.

Russian Deputy Prime Minister Alexander Novak said on state-run Russian media that “the situation is much better than a year ago and this fall”, but he warned that “many uncertainties and risks remain”.

On the sidelines of a technical meeting Tuesday, the head of OPEC, Mohammed Barkindo, pushed for the middle ground when he said the cartel must emphasise “cautious optimism” given persistent risks from the pandemic.

But Stephen Innes, global markets strategist at Axi, said the meeting could drag on.

“The event is planned as a one-day event, which seems optimistic unless the Russian/Saudi positions are closer together than recently indicated by public comments,” he said in a note.

During a meeting in January, the alliance of 23 oil exporters needed two tough days of talks to agree to gradually increase supply.

While 7.125 million barrels per day (bpd) were withheld from the market in February, the cartel lowered that figure to 7.05 million bpd for March, supplying the market with an additional 75,000 bpd.

Experts generally expect that OPEC+ will agree to release another 500,000 bpd in April.

In addition, Saudi Arabia could flood the market with an extra one million bpd if it decides to drop an extra production cut it voluntarily took on to facilitate the initial agreement and allow Russia and Kazakhstan to increase their own production.

Iran, Venezuela and Libya have been exempt from OPEC’s quotas, while countries like Iraq and Nigeria have produced above quota for months, flouting the cartel’s agreement.

OPEC members are also monitoring any signs that US President Joe Biden might lift sanctions on Iran, which would allow Tehran to re-enter the global market and dramatically increase supply.

On Wednesday, the club assessed market conditions in its monthly meeting, held by video conference, but gave no statements to the media.

The video-conference summit on Thursday will start at 2:00 pm (1300 GMT) in Vienna, where OPEC has its headquarters. 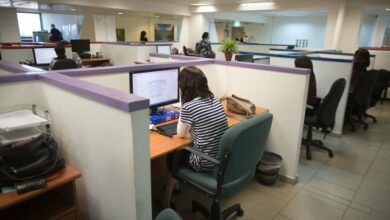 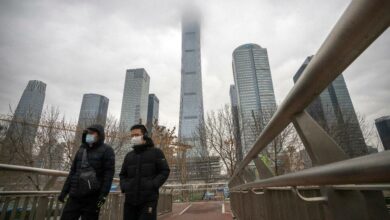 The Latest: Mexico to use US vaccine doses at border | Business News