As demand for consumer electronics has skyrocketed during the pandemic, the end result isn’t all sunshine and rainbows on both sides. This surge of unimaginable proportions has pushed the supply chain dangerously close to the breaking point. At a more local level, this has led to production shutdowns at many North American GM plants.

Following the pattern of widespread shutdowns, General Motors recently announced that it will idle production at a plant in Lansing, Michigan, – a result of the ongoing semiconductor shortage. The factory employs 1,400 workers tasked with producing the Chevrolet Camaro, Cadillac CT4, and Cadillac CT5.

“We continue to work closely with our supply base to find solutions for our suppliers’ semiconductor requirements and to mitigate the impact on GM,” said spokesman Daniel Flores.

Unfortunately, the issue leaves a number of other North American factories afflicted – including three other locations that have been forced to put production on the backburner. Outside of the United States, GM facilities in Canada, Brazil, and Mexico have been experiencing similar difficulties. It’s unclear when stateside operations will resume, but we do know that the San Luis Potosi Assembly plant – down since February 8th – is set to get the ball rolling on April 5th.

Along with the toll that this will take on the economic security and employment of existing workers, GM themselves are also facing substantial difficulties. It’s estimated that the shortage and subsequent shutdowns could lead to the loss of around 216,000 vehicles. To offer some perspective, that’s roughly $2 billion in earnings that are gone.

We’d be remiss not to mention that Toyota and Hyundai successfully forecasted the shortage, and stockpiled necessary components in anticipation of this exact eventuality. Regardless, it remains an uphill battle, as computer chips are expected to remain in short supply until the second half of this year

2021 Jeep Grand Cherokee S-Limited review: Enjoy a V8 while you can 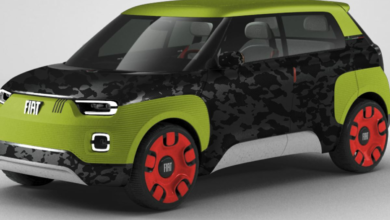