In another humiliating defeat, the State has lost with costs, a high profile case against Rapula Okaile and Timothy Marsland- the directors of Capital Management Botswana (CMB), who were charged with attempting to obtain by false pretence about P80.5 million from Botswana Insurance Fund Management (BIFM).

Okaile had approached the Lobatse High Court seeking a reversal of the decision by the state to charge him, arguing that the evidence was not comprehensive enough to support the state’s claim.

Okaile had been appearing alone in court whilst his co-accused, Timothy Marsland was fighting against extradition from South Africa.
According to the state, the offence was allegedly committed in January 2018.

When throwing out the case, Lobatse High Court judge, Reuben Lekorwe, noted that he was mindful of the fact that the two were only charged with an attempt to obtain by false pretence and not the substantive offence of obtaining by false pretence.

“The evidence serving before the prosecutor would therefore not necessarily meet the requirement of the prima facie presence of all the essential elements of the offence of obtaining by false pretences,” reads the judgment in part.

The judge further ruled: “It is common cause between the parties that the bank accounts concerned were held and are still held by CMB, with the applicant and Marsland being authorized signatories.

Convectional banking practice would mean that they would have access not only to information relating to transactions in respect to these accounts but would also be the ones transacting on those accounts.”

The judge further agreed with the accused in the criminal case that “for it to be suggested that where funds are held in trust and trust mandate for some reason or the other comes to an end, the trustee’s right to transact in the account in which the funds were held simultaneously comes to an end is not unsupported by the evidence of FNBB officials but it is also contrary to the banking practice as we know it.”

In the end, the judge ruled: “It does not appear to me that the evidence in possession of the first respondent (DPP) prima facie establishes that the applicant (Okaile) had done some cognizable act towards the intent to defraud wither FNBB or BIFM.”

The judgment continues: “To the extent that the evidence has failed to meet the minimum threshold of reasonable probable cause, the decision to charge the applicant is irrational and accordingly reviewable.”

The funds in question were allegedly being held by BIFM on behalf of its sister company, Botswana Life.

Marsland, the majority equity holder in CMB, previously was the principal of Bifm Capital that managed two of Botswana Life’s major investment funds.

At the time, the funds Marsland was overseeing from Botswana Life reached a value of P890 million.

The arrangement collapsed in 2013 with CMB taking the lead to look for its own opportunities, which in 2014 led to the agreement with the pension fund.

BIHL owns 100% of Botswana Life and BIFM Holdings, with the latter holding the majority equity in BIFM Limited, the asset management firm. 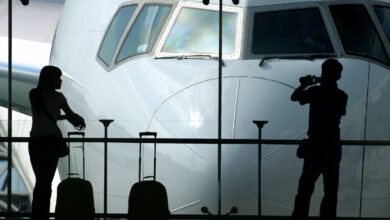