Oil prices surged Wednesday following the blockage of the Suez canal, while stocks were mixed as governments struggle to contain the latest wave of the coronavirus.

Crude futures surged six percent as traders assessed the likely impact from the grounding of a giant container ship in one of the world’s busiest shipping routes.

Dozens of ships were blocked by the Panama-flagged ship, but historic sections of the canal were reopened in an effort to ease the traffic jam.

Meanwhile, Wall Street stocks suffered another down day, despite strength in petroleum-linked equities. The tech-rich Nasdaq slumped 2.0 percent behind drops in Apple, Facebook and other tech giants.

Low said disappointing durable goods data fueled the rout, including weakness in motor vehicles and parts, an industry that has seen production cuts due to a shortage of semiconductors.

Another source of economic pressure has been the Texas power outage in February, Low said.

Angst is also rising in the wake of congressional appearances by Treasury Secretary Janet Yellen, who confirmed that President Joe Biden is willing to hike corporate taxes to pay for his administration’s priorities.

“People thought Biden was going to be centrist and moderate, but his taxing and spending program are moving him further left than expected,” said Gregori Volokhine of Meeschaert Financial Services. “All the talk of tax hikes is making investors nervous.”

European stocks were mixed amid continued concerns the continent’s worsening coronavirus crisis could derail economic recovery, although survey data showed the eurozone economy had returned to growth in March for the first time in six months.

Europe’s two biggest economies, Germany and France, have been forced along with other countries to impose new restrictions to battle the disease, as they also struggle to get vaccination programs rolling properly.

But Germany scrapped plans to close most of the country’s shops over Easter from April 1 to 5 after stinging criticism of the plan.

The government instead asked people to stay home over the holiday and Chancellor Angela Merkel issued a mea culpa after reversing the measures.

In Asia, Hong Kong was among the biggest losers, dropping by 2% on news that the government had suspended its Pfizer/BioNTech vaccine program over concerns about packaging, dealing a blow to the city’s already slow inoculation effort.

Hong Kong’s Hang Seng Index has now fallen into a correction, having lost more that 10% from its recent high.

Tokyo also shed two percent, while Shanghai, Mumbai and Jakarta each lost more than one percent.

You can get Covid-19 after a vaccine but it's rare, 2 new studies find 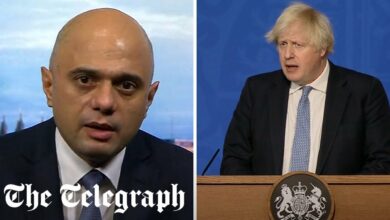 Working from the office less of a coronavirus risk than shopping, UCL says 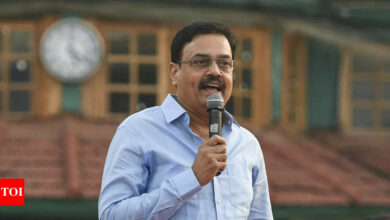