Animal innards have been strewn across 50m of a major Melbourne freeway, causing two lanes of traffic to be closed.

A semi-trailer spilt what is understood to be sheep offal on the Hume Freeway in Thomastown, near the Craigieburn bypass, about 1pm on Friday.

Two inbound lanes of the freeway near the M80 Ring Road were shut, with vehicles forced to travel in the left emergency lane to get past the mess.

A Department of Transport spokesperson said the innards were left in a “big lump” across one lane of traffic.

Traffic crews used shovels to scoop the offal off the road and mopped up the remains.

The scene has now been cleared.

Lamborghini to build electric car by end of decade, and three hybrids 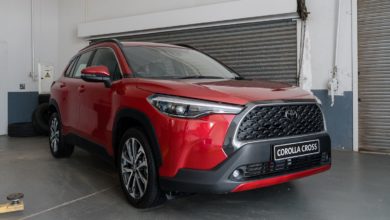