Namibian football has been at a standstill since the end of the 2018-2019 season owing to a bitter dispute between its Premier League and the Namibia Football Association (NFA). While administrators bicker, a generation of players’ dreams are fading to dust.

Football has been on hold for the past two years because of a war between the now expelled Namibia Premier League (NPL) and the NFA. But the president of the NFA, Ranga Haikali, revealed that the proposed Namibia Football Premier League (NFPL) is scheduled to kick off late in February or early in March 2021 under the guidance of the association, even though not all in the game have accepted this.

Namibia finds itself in this position because the NPL refused to adhere to an NFA instruction not to relegate Civics Windhoek and Orlando Pirates at the end of the 2018-2019 season. As a result of finishing in the bottom three, Civics and Pirates had been due to go down along with Young African, which had been disqualified for using an overseas player with fake identification the previous season.

The NFA subsequently attempted to create its own top-tier league, the NFPL, despite legal challenges from the NPL. According to The Namibian, the NPL breached Fifa regulations by taking the NFA to civil courts. The NPL’s appeals to the high court and Supreme Court were dismissed. At the time of writing, the Court of Arbitration for Sport had not yet ruled on the matter.

“This is a matter of court approval,” Haikali said. “My judgement is there was a dispute. Football was not normal. Yes, they [the NPL] have got a legitimate [point] that Civics and Orlando should be relegated according to their argument, but when Fifa came in, they [said] you cannot promote or relegate [teams] to leagues that are not in existence.

“The first and second divisions were not operational as leagues. A judgment or a guideline was given that there should be no promotion or relegation. For me, to be able to continue with normal football, that was the directive that needed to be followed. As an affiliate of the NFA, the NPL was supposed to adhere to that directive.”

Bonifatius “Bonny” Paulino celebrated winning the league with his Black Africa teammates at the end of the 2018-2019 season. Since then, the forward has had little reason for optimism. With his contract having come to an end during the impasse, it is unclear whether or not he will ever kick a ball again for the last NPL champions.

Even during better days, Paulino’s craft was far from lucrative. “About 80% or 90% of the players [in Namibia] are either working [outside of football] or studying,” he said. “The income that you get from the Premier League isn’t enough to sustain you throughout a normal month or year. Only some players are able to [survive on that], but not everyone. I study and I take part in internship programmes where I can.”

According to Paulino, a lack of funding denied Black Africa the chance to compete among Africa’s elite in 2019-2020. “The saddening part is that winning the league, Black Africa should have been part of the CAF [Champions League], but because of funding we didn’t take part,” he said.

Runners-up African Stars took their place and lost to Uganda’s Kampala Capital City Authority FC in the preliminary round. Since then, organised club football has been replaced with informal sessions.

“A lot of the local guys who play soccer get together probably about three or four times per week. We either play futsal indoors, or we play a game. We just try to keep ourselves busy. It’s challenging – it’s upsetting and frustrating for all of us,” Paulino said.

“There have been multiple times when we said things might be under way. The main sponsor of the league, MTC, said they were going to take away sponsorship and I think that in itself scared a few people in the NFA and NPL. We thought because of that they would resolve issues much sooner, but still nothing came of it.”

MTC terminated its relationship with the NPL in July 2020.

According to African Stars executive director and former Namibia national defender Salomo Hei, the only sustainable solution to the crisis is for the NPL to become an autonomous professional body.

“I’m not here to play a blame game of who was wrong and who was right,” Hei said. “You [the NFA] can give them [the NPL] that sort of directive [not to relegate clubs] before the league ends. You can’t retrospectively do it. It’s impossible. Remember that there are sponsorships. There were supporters who cried when their teams were relegated and there were supporters who celebrated when their teams stayed up.

“If you’re saying that you must not relegate these clubs, [then] the following season, if African Stars are relegated, can we also say that we want our club not to be relegated?”

African Stars were not among the initial 10 clubs provisionally accepted into the NFA’s proposed top-tier league and they – along with Blue Waters, Young Brazilians and Citizens – distanced themselves from it. African Stars released a strongly worded statement distancing themselves from what it called an “imaginary league” and went as far as to say they have started legal proceedings to get to the bottom of who misled the nation by saying they would be part of the league. Although a Black Africa supporters group spearheaded by club icons Lolo Goraseb and Lucky Richter expressed wishes to see them align with the NFA’s plans, the official club leadership voiced their dissent.

“Three of those clubs are not even members of the Premier League in Namibia because three of them were relegated. On your version, you then have seven clubs, of which one, Black Africa, was registered by supporters,” Hei said, fuming.

“If you support [Cape Town City, to use an analogy], you’ve got John Comitis, who owns the club and who is managing the club, but all of a sudden, because Leonard [Solms] feels that he supports the club and he doesn’t want the club to miss out on its status, he goes and registers the club with what they call the ‘top-tier league’.

“The other club, which is Blue Waters – the executive members of Blue Waters have written a letter both to the Sports Commission and the NFA where they distanced themselves from that fracas. There are three clubs which are members of the NPL that have affiliated to what you now refer to as a ‘top-tier league’.

“Essentially, if you do further analysis, you come to three and a half because there’s another false club there. Citizens’ membership in terms of the ownership structure – I don’t know whether it’s 100% owned by one [person] or 50-50, but they are even disputing where they are.”

However, the NFA claimed that as of 5 December, Stars were one of 14 clubs that had applied for NFPL membership, along with Black Africa, Young Brazilians, Blue Waters and Citizens.

Tied to the beautiful game by passion despite his training as an economist, Hei surely had dreams in stark contrast to the current situation when he stepped back into Namibian football in an off-field role.

“I played the game. I played in all the youth teams. I played in the national team three times. I’ve got a fairly good understanding of where we want to take the game in terms of maximising revenue out of football and making sure that the product gets its due return,” Hei said.

“From that aspect, it’s really [crucial] to make sure that we can bring about certainty in football. Think about it this way: where in the world do you have a league that doesn’t play because it’s waiting for rules for the following season from the federation? These are things happening in amateur ranks.”

According to Hei, one example that Namibia could follow is nearby Botswana, where the Botswana Football Association has reportedly granted autonomy to its Premier League.

“Its Premier League will get professional status. This is what the NPL intends to do… The NPL embarked on a process to professionalise the game,” Hei explained.

“That is why it has put in an application within the confines of the Sports Act to become a professional body, so that we will not depend on this sort of arrangement where, if there is a difference between one and the other, then you cannot play football.

“Namibia has been to the Nations Cup three times… Why I’m giving you this is the context of the potential that exists, but the only way we can really get the maximum return is to get the governance structure correct.”

Haikali echoed Hei’s opinion that, in an ideal world, Namibia’s top flight should be autonomous. However, his vision on how to get there was, by his admission, in opposition to Hei’s.

“I think everything has got a beginning. The association can run [the NFPL] in the beginning until it’s fully established and then it can become independent. You [the NPL] cannot just divert after you lost a number of cases [and] establish an independent league,” said Haikali.

“What has also happened is instead of applying with the NFA to become an independent professional league, they went and registered – in terms of the Namibia Sports Act – an independent league away from the NFA.

If you want to republish this article please read our guidelines. 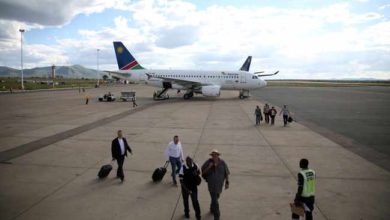 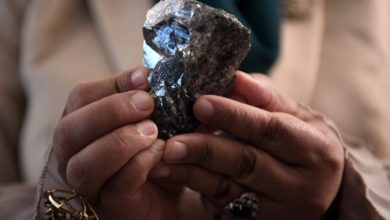 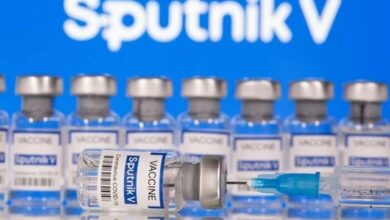