Johan van Zyl has left an enduring mark on Toyota, his family, his colleagues and the country, writes former colleague Leo Kok.

One of my most enduring memories of Doctor Johan van Zyl, affectionately known as Doc, came from a routine business meeting in the boardroom next to his office.

He had been in the office since 03:00 or 04:00 that morning, meeting with his fellow managing officers at Toyota Motor Corporation in Japan via weblink. Now, it seemed like he was dozing off with his head resting on his fist and a pile of spreadsheets scattered in front of him.

On the other side of the boardroom, in a well-cut suit and armed with a laser pointer, a banker was flying through complex figures, seemingly keen to get it over and done with.

Suddenly, Doc looked up and questioned a figure in his even toned, but self-assured way. Mr Banker was stunned silent. Doc was making complex calculations in his head by comparing various spreadsheets in front of him and found a miscalculation. The banker left soon thereafter with an embarrassed promise to clean up his numbers.

After the meeting, Doc took 30 minutes to wander through the halls. He checked in with an intern who was completing her post-graduate degree, joked with a divisional head about his desk ornaments and begged coffee from someone in another department, despite being able to summon freshly brewed coffee to his desk.

Everywhere he went, he was met with smiles. He showed a genuine interest in the people in the office and was known to walk the corridors in Sandton and the aisles of the gleaming Toyota factory in Durban whenever he had a chance.

His humble demeanour hid a razor-sharp mind. Dealers, bankers, his managers, and factory foremen knew not to make any hasty promises or predictions of the next quarter’s performance. Doc would remember and remind you.

It was this unique mix of an incredible intellect and affable nature that made him the revered global leader that he was. After becoming CEO in 2003 and turning Toyota SA Motors into the highly profitable and overwhelmingly dominant force it is in South Africa, he was selected as one of the first Westerners to become a managing officer for the global Toyota Motor Corporation (TMC) in 2009.

In 2013 Doc was given the responsibility of managing the entire African continent for TMC, easily the most complex regions for the company. Unlike Asia or North America, there are very little regional cooperation, established trade routes and even standardised currencies or business practices in Africa. Much of Toyota’s success on the continent, where Toyota today has a market share in excess of 50% in some markets, is thanks to the work of Doc and his team.

In 2015, Doc was selected as the president and CEO for Toyota Europe. Again, no easy task, as Europe has historically been the stronghold of the established European auto brands. On Doc’s arrival, Toyota faced complex problems with operations in 53 countries and major political changes on the horizon, like Brexit and an imminent move to electric vehicles.

When Doc spoke about his life in Europe, he showed the same affection for his 25 000 staff, his nine factories and his Toyota and Lexus cars and Hino trucks. He would tell you about the market share they gained in a specific country, the plans he had for another and the progress they have made on the environmental front with cars like the hydrogen-powered Mirai.

It was during this period that TMC promoted Doc to senior managing officer for the global group. At the same time, under his watch, Toyota broke through the one-million sales mark in Europe.

Yet, Doc was everything but a one-dimensional business leader in a suit. He spoke with equal comfort about expected industrial policy changes in Ghana, labour policies in Poland, and his prospects for a Toyota-sponsored athlete in the upcoming Comrades or the best place to get Yakitori in Nagoya.

Doc’s background as a professor in economics meant that he had a particular personal interest in any of the thousands of staff members that might be furthering their studies.

Throughout his local and international career, he took a very personal interest in the work of Toyota Teach, the charitable division that worked to improve the primary school education and technical schools in KwaZulu-Natal and Gauteng.

Doc was also the driving force behind the creation of the Toyota Wessels Institute for Management Sciences (TWIMS). TWIMS is a business school in Durban that offers a unique speciality in manufacturing. These two factors – education and growing our manufacturing base – were Doc’s two key ingredients to building a flourishing South African economy.

He loved his family, his beloved wife Santie, his daughters, Nadia and Karla, son’s-in-law, Dirk and Brent, and especially his grandchildren, Juno and Kylo.

He was known to defer any decisions on his leisure time and personal administration to Santie, herself an accomplished entrepreneur. We would often joke that Doc was more comfortable working on a business plan for East Africa than choosing between the different types of whole grain bread in Woolies, but thankfully Santie was always by his side.

Doc was an avid sports fan and would store seemingly endless statistics and anecdotes it that cavernous brain of his. If he disappeared during a hosting session in the Toyota box at Loftus or in Bloemfontein where the Toyota Cheetahs were playing, you could find him in the locker rooms, acting like a naughty kid for getting caught and asking for just five more minutes to chat with a player.

And then there were his cars. While many of his kin are corporate animals who could be selling canned goods or cars, Doc had petrol in his veins. Aside from his own personal collection of British and Japanese cars, he would often wander through the selection of classic and sports cars in the Toyota museum. Doc was always in a good mood when at the track or in the dusty veld where a racing Hilux was screaming past.

But the topics that Doc spoke about most on his return to South Africa as executive chairperson of Toyota SA Motors, was his plans for building South Africa. Before his departure to Europe, he started the Public Private Growth Initiative (PPGI) with a group of senior government ministers and business people.

The PPGI is modelled on the post-war economic recovery plan in Japan, and it created open channels of communication and cooperation between different industries, from furniture manufacturing to IT and electronics, with the related government departments. Many positive policy changes have already resulted from the work of the PPGI, but Doc felt much more could be done.

Doc left an enduring mark on Toyota, his family, his colleagues and the country. I haven’t been in Toyota’s employ for years, yet my phone kept buzzing on Saturday as journalists, academics I met, staff and ex-staff in other parts of the auto industry shared their personal stories of Doc, often with a sense of amazement at his humble nature, how he found the time to show an interest in their work or family and always with a sense of gratitude. We will remember Doc as a family man, car guy and global force.

Sayonara Doc Johan-san, the industry and the country will miss you very much.

Leo Kok is an automotive industry specialist and past spokesperson of Toyota SA Motors. 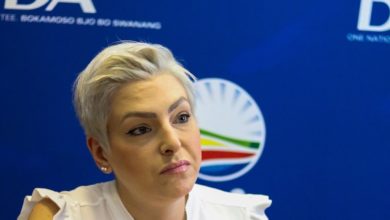 Zondo report, part 4: ‘Where was the ANC as the Guptas took control of important SOEs?’ asks the DA 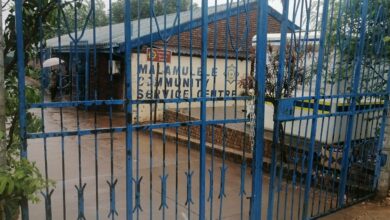 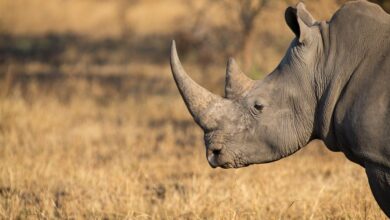 Disguised as coffee beans, stuffed in a geyser: How smugglers hid rhino horns at OR Tambo 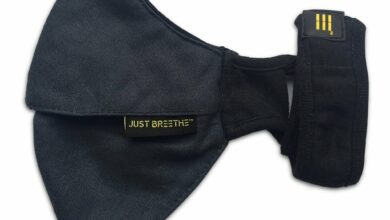