The number of young people with a full driving licence has declined to the lowest level on record.

Driving tests and lessons have been suspended throughout the Covid-19 pandemic, while financial pressures have also increased.

The decline is sharper relative to the total number of young people, which has risen over the same period, according to a report by PA news agency.

According to a survey conducted by the Department for Transport in 2019, the most common reasons for 17- to 20-year-olds in England not getting behind the wheel were all financial: the cost of learning to drive (41 percent), of buying a car (31 percent) and of insuring it (30 percent).

Fewer than one in five (19 percent) of respondents said they were not interested in driving, and 12 percent cited the availability of other forms of transport.

‘A very stressful time for learners’

AA president Edmund King said: “This has been a very stressful time for many learners and indeed their instructors, who were unable to work”.

He added the disruption had been made worse by the government’s refusal to extend the maximum two-year period between passing the theory exam and taking a practical test.

There was “massive pent-up demand for both lessons and tests,” he claimed, and bookings were expected to “skyrocket when instructors can teach again”.

Steve Gooding from the RAC Foundation added: “Perhaps we shouldn’t be surprised by this fall in the number of full licence holders aged 25 and under in a year when the Covid-19 pandemic increased financial pressures for many, meant driving lessons and driving tests had to be suspended, and resulted in more young people being locked down in their family home.”

How to check driving test availability

Here are the most common motoring offences committed by young drivers

Queue till you drop: newest theme-park attraction opens up 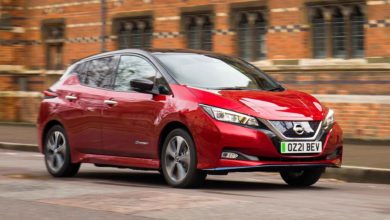 Tritium Announces Addition of Edward T. Hightower, Managing Director of Motoring Ventures LLC, to the Combined Company’s Board of Directors Upon Closing of the Business Combination with Decarbonization Plus Acquisition Corporation II