The National Prosecuting Authority (NPA) has hit back against days of criticism related to a probe of accounting fraud at Steinhoff, by saying it fully supports an investigation into Steinhoff by audit firm PwC, and has not received any funds from the retail conglomerate.

The NPA and the Hawks came under fire last week due to renewed interest in the fact that Steinhoff had in June 2020 agreed to cover a “substantial portion of the costs” for the Hawks to engage PwC to perform a forensic probe.

In a statement on Wednesday, the NPA said that it was wrong to conflate funding for SAPS with funding for the NPA.

“It is important to also note that the funding of the forensic investigation falls squarely within the domain of the SAPS [South African Police Service],” said NPA spokesperson Sipho Ngwema.

“Their decision to accept the offer by Steinhoff to pay for the forensic investigation of the matter was based on, among others, the fact that the entity is in fact the complainant in the matter, although it is regarded as a suspect in the media space.”

The EFF said last week that the fact that Steinhoff was contributing to the costs of the PwC report constituted a “palpable conflict of interest”, and a “most embarrassing and pathetic representation of the weakness of law agencies in this country”.

Steinhoff announced last year that it would contribute financially to the PwC probe. Its role would be limited to “cooperation and providing a portion of the funding for the project only,” it said at the time.

“The funding is to be provided on an arms-length basis, with Steinhoff having no involvement in the investigation, the extent thereof and the report-back process.”

“PwC is reporting to the DPCI [Hawks] and not to Steinhoff, therefore [the] DPCI has access to whatever information that is dealt with by PwC,” he said.

Last week, authorities in German announced that three former Steinhoff executives had been charged with balance sheet fraud that took place between July 2011 and January 2015.

While the public prosecutor’s office did not name the former executives, a source with knowledge of the probe confirmed that Fin24 former CEO Markus Jooste was among those charged. Jooste’s lawyer said his client had no comment.

The charges lead to renewed focus on the status of SA’s criminal probe into Steinhoff which started in late 2017 after Jooste abruptly resigned as the group’s CEO when auditors refused to sign off on its financials. It also placed a spotlight on the status of PwC probe, and the fact that Steinhoff was, in part, bankrolling it.

The probe in question is distinct from the “first” 16-month forensic analysis into Steinhoff conducted by PwC.

That investigation had been requested by Steinhoff back in in December 2017, and, after numerous delays, the full report was handed over to the firm’s management in March 2019. It ran to 3 000 pages.

While Steinhoff views this initial report as subject to legal privilege, it has published an overview of its key findings, including that a “small group” of former Steinhoff executives inflated the profit and asset values of the Steinhoff group for years.

The Hawks have access to the complete 3 000-page probe, although Fin24 understands they have only been able to view it at PwC’s offices.

Ngwema said that the initial PwC probe, while useful, did not “primarily focus on criminality and the criminal court processes”.

Given the knowledge that PwC gained in its analysis of Steinhoff’s books, it made sense to rehire them to conduct a “forensic audit report for the purpose of criminal investigation and prosecution within a reasonable time span, notwithstanding what might be perceived as a conflict”.

He said significant delays would be caused if another firm had to be brought in to start afresh with a new probe.

“It would take years for the new forensic firm to obtain all relevant documents and to familiarise themselves with the facts.”

It is not yet clear when the PwC probe for the Hawks will be done.

A disturbing case of misconduct in South Africa 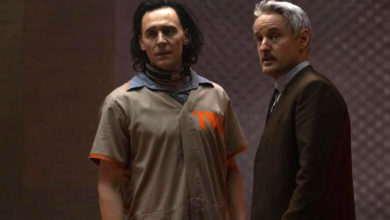