Pretoria – Civil rights movement #NotInMyName has called on the South African government to immediately intervene “by condemning the barbaric actions of the eSwatini regime against its own people”.

King Mswati III this week ordered the immediate and indefinite closure of schools in the eSwatini as pro-democracy protests flared up in the country.

According to local media in the kingdom, students and pupils boycotted lessons and called for free schooling as well as an end to Mswati’s rule.

“We cannot sit still and watch Emaswati die. The struggle is no longer theirs alone. The monarch must stop eating his own,” said Masango.

“Transparency and good governance are highlighted by the public and/or civil society’s fundamental right to comment on laws and regulations; on the disposition of state funds and revenue, as well as the decisions taken by those who are in power.”

Masango said the regime in eSwatini had “reactivated its authoritarian systems to crush dissenting voices”.

eSwatini, previously Swaziland, is Africa’s last absolute monarchy. Tensions have been high in the country, which is completely landlocked by South Africa, since it was rocked by a wave of unprecedented, often violent pro-democracy protests in June.

Police shot a protester dead on October 13, the latest casualty in months of demonstrations that have left more than a dozen people dead.

Authorities have once again restricted the country’s internet services, leaving most social media applications down, while the army has been deployed across the country to quell tensions.

Mswati blasted pro-democracy advocates recently, accusing them of being drunk and smoking dagga.

According to Swaziland News, hospitals are flooded with victims, with more than 20 protesters having been shot and four people reportedly killed.

The Swaziland Solidarity Network said on Friday that the people of eSwatini were fed up with Mswati and the numerous international bodies which continued to treat him with kid gloves and allowed him to massacre his own citizens.

Human rights advocacy group Amnesty International South Africa on October 14 criticised authorities in the kingdom for allowing schools to be overrun by the army following pro-democracy protests led by pupils. 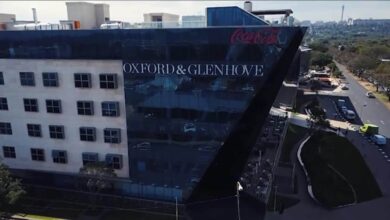 Coke The Secret Formula EP2: How Coca-Cola is empowering women & girls in the Kingdom of Eswatini – CNBCAfrica.com

Pro-democracy protests flare up in Eswatini