By June this year, a site clearance process should be finished, which will pave the way for a complete change to the fence.

This emerged from Public Works and Infrastructure Minister Patricia de Lille’s question-and-answer session in the National Council of Provinces (NCOP) on Tuesday.

De Lille and the Deputy Minister of Public Enterprises, Phumulo Masualle, answered questions in the NCOP.

“The acting director-general sent a technical condition team to the Beitbridge border fence. The team discovered that the fence, in its current form, is not fit for purpose. It is non-compliant with the specification. The department has decided not to undertake any repairs or maintenance to the existing fence. It will lead to irregular expenditure.”

De Lille said any further border fence projects, at all border posts, will involve other departments.

“Any further border fence projects will be located in the context of the integrated border management solution that is currently underway. In this regard, the site clearance is aimed to be completed by June 2021. From this point, the department will embrace and utilise best practice approach in consultation with the Department of Defence,” she said.

De Lille also revealed her department had prepared a request for information and ideas for an integrated border fence solution.

The Beitbridge project has been mired in controversy after investigations found that R40 million had been budgeted for a fence that was easy scalable and proved ineffective at preventing illegal border crossings.

Magwa Construction and Profteam CC moved speedily to build the fence soon after President Cyril Ramaphosa announced the closure of borders to curb the spread of Covid-19.

The department’s national bid adjudication committee (NBAC) approved both bids for the project in March.

On 18 March, the NBAC approved the appointment of Magwa Construction to provide contractor services at a cost of R37 million. The next day, Profteam CC’s appointment was approved to provide professional services at a cost of R3.2 million.

The department has, at this stage, not identified any “justifiable grounds” to terminate the existing contracts of Caledon River Properties CC, trading as Magwa Construction and Profteam CC, as these contracts have been duly awarded.

The department will, however, review the contracts.

De Lille said, once proposals have been received, officials will then consult with the defence department.

“The department has joined the security cluster. We are now working together to find a lasting solution for the border fence. The minister of home affairs [Aaron Motsoaledi) is working with us, looking at border posts and the type of fencing. We are looking at the best solutions for the country and looking at other methodologies,” she said.

President Cyril Ramaphosa delivers the State of the Nation Address 2020 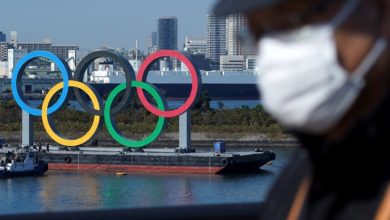 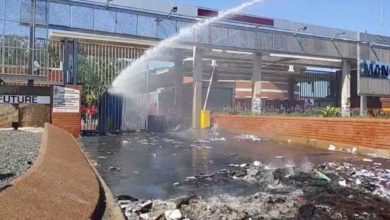 Water cannon vs mattresses: Students clash with police as protests flare up at Durban’s MUT