The flow of traffic has been severely affected on the N18 linking South Africa and Botswana through the Ramatlabama Border near Mahikeng in the North West. The road was closed for the better part of the morning after residents of Moshawane Village blockaded the road to protest against the demarcation of their ward.

Cross-border trucks remained posted for the better part of the morning in Mahikeng, while the road was still closed.

Community representative, Bennett Masike, says there was no consultation that took place with regards to the matter.

“We have been demarcated from Ward 6 to Ward 28, of which there was no public participation, that took place and we went as far as to CoGTA and to the municipality to go and engage with those people organisationally, and as community, to ask what process was followed to take Moshawane from Ward 6 to Ward 28,” explains Masike.

Local authorities say public consultations around demarcations could not be done extensively due to COVID-19 restrictions.

Member of Mayoral Committee in Ngaka Modiri Molema District Municipality, Gilbert Mathakathaka says: “To be honest, consultation was flexible as it was supposed to be, but however, the outcry here is genuine, but we will engage further because we hear the demarcation is out and it is final.”

Residents vowed to continue with their protest if their grievances are not addressed.

Some residents have also threatened not participate in the upcoming local government elections. 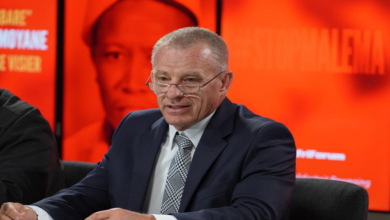 All the countries on the ‘Red’ foreign holiday list for travel