Eating disorder referrals have quadrupled since the winter and high demand for services is expected to continue for another 12 months.

Isolation during the pandemic has triggered greater anxiety among vulnerable people, according to Norwich-based support group Eating Matters.

And lockdowns have encouraged “secrecy”, helping eating disorders to thrive and making signs harder to spot.

Eating Matters, based in Colegate, has received 90 referrals each month since October, of which around 20 are in relation to under 18s, quadruple the figure it was before.

The charity provides pre-intervention counselling and supports people before they are in crisis and over the pandemic has employed 10 more counsellors to meet growing demands.

You may also want to watch:

Yolande Russell, chief executive, said: “Referrals have quadrupled in October from previous months and they have stayed that way.

“We have waiting lists, we had that even before the pandemic. Our waiting lists are no longer than two months, but a wait is still a wait when you need help.

“I am on stakeholder meetings with NHS Eating Disorder Services and the feeling is across the country eating disorder services will be as busy for at least another 12 months.”

In March, the Norfolk and Suffolk Foundation Trust reported 76.2pc of people under 19 in Norfolk and Waveney who were in need of urgent care were seen in a week – against a target of 84pc. This is in comparison to 25pc of young people in Suffolk.

Just under two-thirds of those classed as routine cases were seen within the four-week period set out by the trust – against a target of 95pc.

Children as young as seven are among those who have been referred to under pressure eating disorder support services in the past year according to services in Suffolk.

Mrs Russell said the charity had received enquiries for children of that age, but not necessarily for an eating disorder.

Eating Disorders Support, a private service in Norwich, has seen an increase in inquiries as other free services were “stretched”,  and hoped it could provide support before people reached a crisis point.

“People can be losing weight and that can go unnoticed. I also think in terms of general health and wellbeing people have felt very isolated, their anxiety has gone up, their mood has dipped and eating disorder is a coping strategy to manage this, in the same way people might be turning to alcohol or other coping measures.

“What it could also be is people are more anxious about going out and going out to get food. Going food shopping and all of these things they use that as an excuse not to go out and do it.”

Last week, former Big Brother star Nikki Grahame died at the age of 38 from anorexia, and Mrs Drake said it was sad it took such cases for issues around eating disorders to be discussed.

Mrs Drake said: “If someone has only got an hour appointment a week, we can offer them an appointment and they would be getting double the amount of support.

There’s a lot of need within the younger generation for support. There are problems accessing the NHS services as there are so many people needing support from them and services are really stretched.

“I think one of the difficulties with eating disorders it’s not a quick recovery process, it’s not something that can be easily fixed. There are some brilliant services available but they cannot offer people more support than what can be offered.”

She said training was important for medical staff and teachers,  to spot signs before behaviours become entrenched.


Beat, which is based in Norwich, said there was a 302pc increase in demand for its services in March 2021 in comparison to February 2020.
– Credit: Archant

UK charity Beat which is based in Norwich, said there had been a 302pc increase in demand for its service during March in comparison to February 2020.

Tom Quinn, director of external affairs, said it was not surprising as families had to cope with extreme changes adding more must be done to ensure services have the funding and resources they need to offer treatment to everyone who requires help. 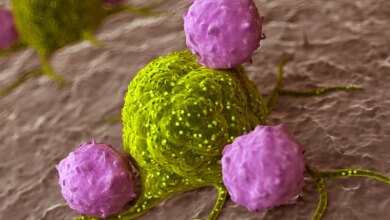 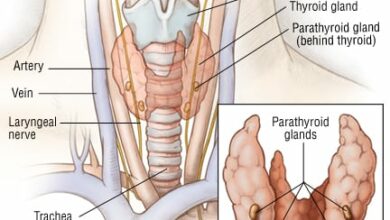 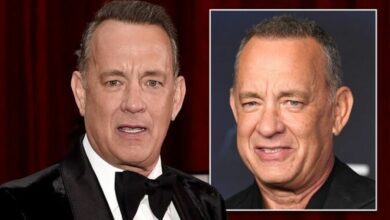 Tom Hanks health: ‘I was a total idiot’ – Actor on type 2 diabetes diagnosis