Sweaty and tired, the players tussle before the winning goal is scored on a red-dust pitch at the No 1 ground in Mufakose, a township west of Harare. The football fans start up a chant on the touchline, triggering a frenzied response from opposing supporters, who break into rapturous song.

This parched pitch and others like it have become a source of livelihood for some Zimbabwean footballers, struggling to earn a living during the Covid-19 pandemic’s lockdown regulations.

Premier League football in Zimbabwe was last played in December 2019 and before the season could resume in March last year, the government banned all sporting activities.

Life has been tough for sports professionals reliant on winning bonuses, salaries and travelling allowances to survive. Zimbabwean football clubs rely on gate receipts at matches, so if they don’t play, they don’t earn.

Some professional footballers have consequently been frequenting football grounds for unsanctioned and unofficial “money games” – a high-stakes gamble for league footballers who risk getting injured or contracting Covid-19 in such matches.

The winning team take home the pot of cash, built up from contributions from both fans and players. The prize is often worth about US$100 (£73) – enough to rent a decent room for two months in a township such as Mufakose.

Oscar Machapa, a former professional footballer who played for the national team, organises matches in Mufakose. “Life has been tough for players, but I have been doing whatever I can to help them by coming up with these games,” he says.

The players used to get an income, but things have changed now due to Covid-19. Some of them cannot even afford basics

“The players used to get an income, but things have changed now due to Covid-19. Some of them cannot even afford basics.”

Machapa says that although it was not advisable for professional players to take part in “money games”, it had helped many put food on their tables while clubs were unable to pay salaries.

“It helps them survive and keep fit so that when the Premier League resumes, they are fit for matches and in the process take something home. If they do not play, they may end up indulging in bad practices, like drugs, or getting depressed.”

But for the footballers, such games may be their only ticket to the next meal. Several big-name footballers in Zimbabwe have been forced to switch trades; some have taken up jobs as mechanics, stall vendors or in chicken farming to provide for their families.

According to the Footballers Union of Zimbabwe (FUZ), which pushes for better working conditions, footballers’ wages remain about $150 a month, despite rocketing inflation.

Thomas Sweswe, FUZ secretary general, says his association is pushing clubs to review salaries, which have been decimated by hyperinflation that reached nearly 800% last year.

“We have been in touch with clubs and the sticking issue is salaries. Most of the salaries have been eroded by inflation and players do not have bargaining power because they are not playing. It is difficult, but hopefully when the league resumes players can get back their lives,” says Sweswe, who played for South Africa’s Kaizer Chiefs at the height of his playing career.

Sweswe is urging footballers not to play unsanctioned games as it violates their contracts, and warns that they risk sustaining career-threatening injuries. “We understand that players need to feed their families, so they end up doing other things like playing money games, but it is not advisable because one may get injured and that is against their contracts.”

Football clubs should diversify their streams of income to cushion themselves from events such as the Covid-19 pandemic, he adds.

The lockdown has led top clubs, such as the Bulawayo-based Highlanders, to lose corporate sponsorship. Highlanders have diversified into mining to stay afloat.

Highlanders’ communications officer, Ronald Moyo, says: “Our main business is football, so the absence of football affected our sponsors. At the start of the pandemic one of our major sponsors pulled out and that became a major setback.”

“Covid-19 did not spare us from continuing to cater for our players. We had to keep on paying salaries and at times get them groceries,” he says.

There is no date yet for the return of Premier League football in Zimbabwe, but the resumption of matches will be done under strict Covid-19 rules.

Kudzai Bare, a spokesperson for the Premier Soccer League, says: “The process will involve Covid-19 testing, preseason training, registration of players, and inspection and sanitisation of stadia before the commencement of competitions.”

But until the league resumes games, Zimbabwe’s footballers will be continuing to play unofficially for their next meal. 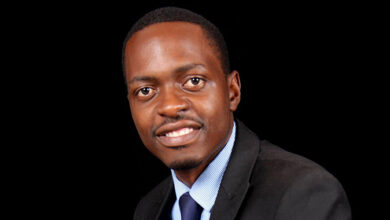 Shadab Khan out of South Africa, Zimbabwe tours due to toe injury