Eskom says its Koeberg’s Unit 1 reactor, which tripped on Monday, should be restarted by this weekend.

The reactor tripped after a fault on the electrical breaker to one of the primary coolant pumps.

“There are no nuclear safety concerns,” Eskom said in a statement.

The reactor was shut down by the operators, and the caused was confirmed to be a faulty electrical protection relay, which tripped the primary motor. The unit shutdown and response were straightforward, and no safeguard systems were required to operate, Eskom said.

“The National Nuclear Regulator does not need to approve the restart, although the regulator is kept informed of the situation, the findings and the actions being taken. Koeberg Unit 1 will be returned to service during the weekend.” The unit provides 920 MW in electricity.

On Tuesday, Eskom chief operations officer Jan Oberholzer said that Eskom has been using open cycle gas turbines to meet demand following the problem at Koeberg. He said that unit should be restored by Saturday.

Eskom in January took Unit 1 of Koeberg offline for planned maintenance earlier than scheduled after an increasing leak rate was detected at one of its steam generators, during routine maintenance. It was due to return to service in May, but this was delayed until June.

Dwayne 'The Rock' Johnson wants to drink tequila with his lookalike 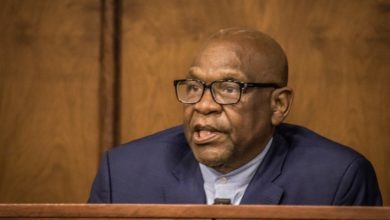 Expropriation without compensation not intended to punish anyone – parliamentary committee

ANC looking at retrenching 50% of its staff members