It is likely that historians will conclude that there was no one reason why the recent riots and looting of supermarkets, shops and warehouses in KwaZulu-Natal and Gauteng, South Africa’s two most economically important provinces , caught up so many generally law-abiding citizens in their slipstream. There were seemingly numerous dynamics at play , from the sheer poverty of numerous black citizens through to the manipulations of social media by supporters of former President Jacob Zuma, angered by his arrest.

However, one explanation which has been touted in various quarters has been that the upheaval was the outcome of ‘the racial capitalism’ to which South Africa has been subjected over the centuries . Such an explanation hearkens back to the racialised policies of the past, and how they twinned the political ideologies of segregation and apartheid promoted by South Africa’s white governments before democratic transition in 1994.

This view holds that the inequalities of the present, which continue to have a strong racial dimension , along with the brutal treatment handed out to poor black people – for instance, by the police at Marikana in 2012 , in the North West Province, when police shot dead 35 protesting miners – are a product of the history of racial capitalism in South Africa.

It is difficult to disagree with the major thrust of much of the analysis which is put forward in this vein. It is widely accepted that the democratic transition in 1994 was the result of an ‘elite pact’ which transformed the country’s politics but did little to undermine the foundations of white economic power .

It is continuity as much as change which characterises the post-apartheid political economy . Nonetheless, South Africans need to take care in ascribing all the present crises to ‘racial capitalism’. Blaming racial capitalism for all the country’s ills can easily become a way of deflecting responsibility away from the country’s present politicians – and from South Africans themselves.

The past as present

Colonial conquest happened in tandem with the development of capitalism . Both projects requiring non-white people, notably Africans, to become instruments for the purposes of others. Africans were stripped of their land and their possessions and became the tools of their oppressors. This process was not stopped by the arrival of democracy.

When miners of Lonmin in Marikana, in the platinum-rich North West Province demanded a reasonable increase in their wages , the state colluded with foreign capital to crush their dissent. Inequality nurtures this objectification of humans, leading to greater exploitation of the poor, who are overwhelmingly black.

The problem with the solution that is often provided – that the entire system of ‘racial capitalism’ should be overthrown – is that it is so remarkably bland. So, it is worth attempting to deconstruct it.

Is the implication that racism and capitalism are inseparable? If that is so, is the further implication that capitalism itself should be overthrown? Which is perhaps a very nice idea, but first, is this practical and likely? Who is to do the overthrowing? At what human and other cost (as its unlikely that capital and the state would give up without a fight)? And what would be put in capitalism’s place? Is this to be a new socialist order, and if so, will South Africa be following historical examples (which, on the whole, have not been very successful) or will it be charting its own way forward?

Or is the implication that capitalism can be deracialised? This is very much what, in theory, the African National Congress (ANC), which has governed the country since 1994, has set out to do through equity employment and black economic empowerment legislation. Although the corporate profile, in terms of ownership and management personnel has registered not insignificant change, most would agree that the achievements of ANC policies have been remarkably modest .

However, it remains a matter of considerable debate whether this is because of corporate resistance, social factors (such as inadequate supplies of suitably trained black personnel) and or the incompetence of the state.

Leaving aside the entire question of whether a de-racialised capitalism would be less exploitative than a racialised one, and whether it would be less patriarchal, the more fundamental issue is how can South Africa achieve it if current strategies – which most would agree are well intentioned – are proving inadequate in realising their goals.

Should equity employment and black economic empowerment be ratcheted up, when the prevailing cry from the business establishment is that more regulation serves as major barrier to the inflow of much needed foreign investment? Will this increase or deter a rise in much needed employment? Or is it that current strategies should be re-engineered?

Often left out of such analysis is the question of what sort of state will be required to bring about the transformation to the more humane society South Africans are looking for. Present disillusion with the post-1994 order highlights the limits of South Africa’s democracy, and the ways in which ANC dominance has eroded it.

Much attention lately has been focused on the ANC’s strategy of deployment , how this has led to the substitution of political loyalty to the party for the capacity to do the job, how deployment has led to corruption , how it has destroyed state-owned corporations , how it has undermined the efficiency of government, and how it has collapsed local government .

The answer that is usually given is that it is necessary to undo the merger of party and state and entrench the independence of the state to allow for expertise to flourish, and to ensure the rise of meritocracy . But then we are left with the conundrum whether the ANC is capable of bringing such a transformation about, or whether the ANC itself needs to be removed from power.

That, in turn, demands not only that it must lose an election, but that it will gracefully concede its loss if it did so. Perhaps both dimensions of that last sentence are unlikely.

So where does all this lead South Africa? Quite frankly, I don’t know. But I do know that the answers to South Africa’s numerous problems are far from easy. This does not mean that South Africans cannot work their way to finding the solutions, and unless they are just going to give up, they have to believe that they can. But, it is going to be extremely hard work. South Africans will have to talk to, listen to, and bargain hard with each other to find their way.

But one thing South Africans must draw from such complexity is that any realistic and workable answers will not be arrived at by posturing. Alas, there are no easy answers.

By Roger Southall, Professor of Sociology, University of the Witwatersrand

We did our best and we didn't disappoint Zimbabweans: Loga 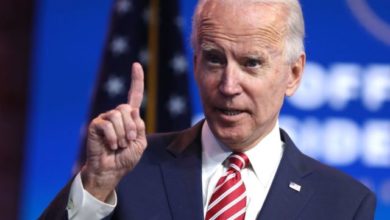 South Africa on high alert after threat of more protests