Nissan is set to introduce a new type of engine that blends hybrid and electric capabilities like nothing else on sale.

The manufacturer’s Australian arm has locked in plans to introduce its hybrid e-Power system from 2022, when it will give Nissan an alternative to Toyota’s wildly popular hybrid range.

Taking the form of an electric motor charged by a petrol-fuelled generator, e-Power merges the driving experience of an electric car with a petrol machine’s ease of ownership.

Nissan claims “e-Power is a true EV solution”, which isn’t strictly true of a car that won’t work without unleaded petrol.

The new option is popular in Japan, where it is commonly found in small cars such as the Nissan Note. It’s expected to be part of the new Nissan Qashqai lineup in Australia from 2022.

The Qashqai e-Power uses a 1.5-litre, 115kW petrol engine to provide electricity for a small battery linked to a 140kW/330Nm electric motor powering the front wheels.

Full technical details, including the car’s fuel consumption and price, will be revealed closer to its local debut.

Unlike a conventional hybrid, such as Toyota’s RAV4, there is no mechanical link between the petrol engine and the wheels.

We’ve experienced e-Power overseas, where it works as described by Nissan.

The system feels smooth and torquey just like an electric car, except that you can hear a petrol engine humming away under the bonnet.

The nearest equivalent to e-Power in Australia was BMW’s i3 REX, a version of the brand’s compact electric car that used a petrol-powered motorcycle engine to generate electricity used to extend the car’s range.

The technology could prove easier to live with than Nissan’s battery-powered Leaf small car and the new Ariya electric SUV.

Adam Paterson, managing director of Nissan Australia, says e-Power is “a best-of-both-worlds solution”, one that offers “the key benefits of an EV drive experience without ever having to plug in”.

“While a traditional hybrid adds battery power to an internal-combustion engine, e-POWER delivers an EV-like driving experience, including exhilarating acceleration and near-silent operation, all while drastically reducing your fuel use and emissions,” he said.

“We are looking forward to our customers experiencing this future-facing technology for themselves.”

Originally published as New type of car coming to Australia

Getting an IMF loan 'important' for Zambia, says the country's new finance minister 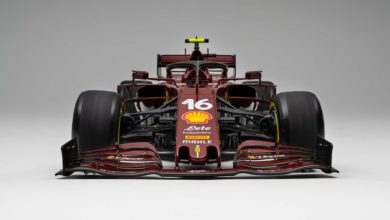