Hama Amadou, a leading opposition figure in Niger, has been allowed out of prison to fly to France for medical care, a top aide said on Thursday.

Rafa said Amadou will remain in France for two weeks and then return to prison. He faces charges for his alleged role in post-election violence.

Amadou, one of Niger’s leading opposition figures, was placed in custody on 1 March in Filingue, a city around 200 kilometres west of the capital Niamey.

Also a former speaker of parliament, Amadou is accused of involvement in widespread protests over the results of a February presidential election that handed victory to ruling-party candidate Mohamed Bazoum over the opposition’s flagbearer Mahamane Ousmane.

Several others were also taken into custody over the unrest, which claimed two lives and saw 468 people arrested, according to the interior ministry.

Considered a serious challenger for the presidency, Amadou was barred from running because of a conviction for baby trafficking, a charge he says was politically motivated.

He was serving a 12-month sentence at Filingue last year for this conviction when he was also let out to seek unspecified medical treatment in France, the former colonial power in the Sahel country.

Skrill sent an email to Zimbabwean accounts by mistake 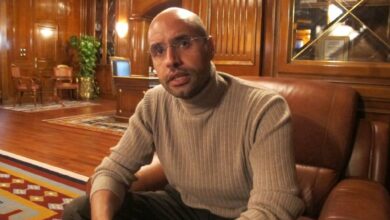 ‘Terrorists’ killed in ambush on patrol in Burkina Faso

Trial to begin in Madagascar over alleged coup plot