• Nico Rosberg was on the verge of taking a dig at former teammate, Lewis Hamilton.

• Hamilton said on social media that Valtteri Bottas was his ‘best teammate’, with Rosberg almost trolling him.

• Rosberg is the only team mate to have beaten Hamilton over an F1 season.

Though he may not be as involved with Formula 1 as before, Nico Rosberg has always kept close tabs on the sport. Whether it is commentating work for Sky Sports F1 or vlogging and sharing thoughts and experiences – often about F1 – on his social media channels, the German driver is not out of touch with what’s happening in the pinnacle of motorsport.

In fact, he was quite in the loop with George Russell’s signing to Mercedes, hinting throughout the Dutch Grand Prix weekend that “a certain streaming service” was called to Mercedes team boss Toto Wolff’s office to film the signing. Of course, he referred to Netflix who has been given unprecedented access to everything F1 for their series on the sport, ‘Drive to Survive’.

A day before it was confirmed that Russell would indeed be racing for Mercedes, social media went into overdrive over the news that Valtteri Bottas would join the Alfa Romeo team next year to replace the-soon-to-be-retired Kimi Raikkonen. The F1 fraternity was quick to wish Bottas well, with current Mercedes teammate Lewis Hamilton taking to social media to wish his ‘best teammate’ yet well on his future in the sport.

I’m immensely proud to have worked alongside @ValtteriBottas for the last 5 yrs. We’ve been part of a team that has delivered 4 Constructors’ Championships and we’ve motivated one another to keep pushing through the ups & downs. Thank you VB???? let’s finish strong. pic.twitter.com/4YRJAhCzSN

While Hamilton’s post is all well and good, one can’t help but wonder where that leaves other F1 teammates like Fernando Alonso, Heikki Kovalainen, Jenson Button, and Rosberg. Since entering F1 in 2007, Hamilton has been at the top of his game, winning races in every season he’s competed in. It’s a record in the sport, but what’s notable is that not one of his teammates ever beat him in the intra-team battle when the season’s end would come around. Well, except Rosberg.

In 2016, Rosberg and Hamilton were embroiled in an intense battle for the F1 drivers’ championship. It was so bad that the friendship the two had built over the years came crashing down in one season. They went from besties living in Monaco and eating out of each other’s fridges to strangers. And the relationship went further south after their coming-together in Spain – which handed Max Verstappen his first F1 victory – and Spa.

So, when Hamilton made his post about Bottas and singing the Finnish driver’s praises, Rosberg verged on trolling the defending champion by commenting, ‘What about me?’ Rosberg would, of course, have been referring to their four seasons (2013 – 2016) as Mercedes teammates and him being the only driver to 1) have beaten Hamilton as teammates and 2) be the only other driver to win the championship other than Hamilton in the turbo-hybrid era.

Who said F1 was boring!

Victoria Pearls lose to Namibia by 4 runs in a Nailbitter 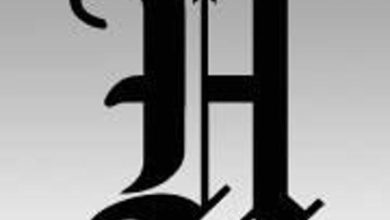