Omaheke governor Pijoo Marikutuka Nganate reflected on the achievements the region has attained over the last 31 years. Nganate, who has served in different regional portfolios even before the country’s independence, believes road infrastructure, the land resettlement programme, decentralisation, restoration of human dignity and others are some of the many aspects that the region references with regard to regional development since independence.

Omaheke, which is featuring amongst the three poorest regions in the country, today has a population of over 70 000 and an unemployment rate standing at 40%. Nganate, who attributed the regional poverty statistics to the number of previously disadvantaged people, says the government has and continues to introduce measures that will address the regional distress.

With regard to regional development in roads infrastructure, the governor narrated that at independence, the region only had the road between Windhoek and Gobabis at bitumen level, but today the same road has extended to the border with Botswana. This has boosted the country’s economy since not only has the transportation between the two countries improved, but it has linked the country to South Africa, which is Namibia’s biggest trade partner.

The region has also seen the road stretching from Gobabis and joining the northern regions through Otjinene-Grootfontein, upgraded to bitumen standard. Currently the Gobabis to Aranos road is under construction, and more roads are earmarked for upgrades should resources allow.

On the issue of human development, Nganate highlighted the resettlement programme that is aimed at improving the livelihoods of ordinary citizens. After independence, the region saw a number of families mostly from the San community who were previously disadvantaged, being placed on resettlement farms and given livestock with the aim of bettering their lives.

Furthermore, the aspect of decentralisation is one that he commended, saying that it has improved governance and brought government services closer to the people.

Nganate added that his office has set in motion the Omaheke incubation and innovation hub that will help address unemployment especially among the youth in the region.

“This is a tool that can be used to change the way we think, the way we operate. We can use this to bring about the much-needed developmental change. It is however important to state that government alone though, cannot provide all the answers to all the people’s needs. We need to harness our energies, we need the ordinary Namibian, we need the private sector, and we need everyone to come on board. Your advice, innovative ideas, your entrepreneurial skills and techniques. All of that is needed,” he said.

Omaheke is nicknamed Cattle Country, and agriculture especially cattle farming remains the backbone of the regional economy. The region has one of the country’s biggest cattle populations, although with the recent drought, most farmers lost their livestock.

Nganate said livestock farming has immensely contributed to the economic development of the region as the livelihood of most of the residents depends on it. He added that the lack of opportunities in the region has forced farmers to sell their livestock without really turning it into a sound economic activity and with no value addition taking place.  He said he is excited that in the Harambee Prosperity Plan II, the government has made it a priority to reopen one of the biggest abattoirs in the region that is situated in Witvlei village and hopes that more abattoirs will be established throughout the region. This will address not only the value addition aspect as it will ensure all the products remain within the region and country; but it will also address the issue of unemployment that is rife in that village.

“Witvlei is a village that is at the centre of my heart. The economic situation at the village needs a proactive approach if we are to turn it around. It is no secret that the closure of the abattoir has contributed to the ever-increasing unemployment rate in the village and region. The region needs that abattoir, we seriously need it. Our people need it now more than ever.”

On the challenges experienced by the region, Nganate pointed out that there is still lack of unity which is the fundamental challenge. He said people in the region seem not to understand the strength that is in unity.  “We are challenged by not being able to come together to work together in order for us to strive towards a common goal so that we may emerge victorious. This to me is the fundamental challenge,” he said.

Nganate further said there are still so many untapped opportunities the region has to offer, like in the areas of crop production, wood and charcoal production, livestock fodder, and the establishment of logistics hubs, abattoirs and many more. He said his office has called upon and continues to invite investors to come on board for the benefit of the masses. 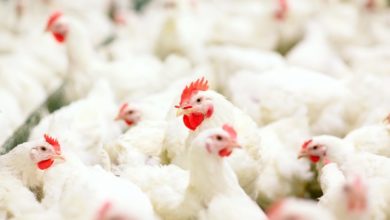