Toyota has been relatively quiet following the release of the latest Subaru BRZ. Contrary to popular belief, this isn’t all bad as the Japanese automaker wants to ensure that the new 86 isn’t another BRZ clone. As Best Car Web reports that both the BRZ and 86 will be streamed on the same production line, we were curious to see what will likely set the two apart.

Even with the production alliance, Toyota President Akio Toyoda issued a statement to his design team to “make a difference in performance from the BRZ.” As such, this will likely offset the release of the Toyota variant into next year.

However, we’d be remiss not to mention that the list of areas to improve upon is extremely limited. In tweaking the driving experience on a budget, the engineers looked at changing gear ratios and engine tuning. Anything more invasive could further delay the debut of the 86 even further.

As we saw previously, the Toyota will feature largely the same exterior aesthetic as its Subaru compatriot. Look closely, and you’ll find minor changes in the profile of the front bumper and rear combination lamp. Aside from those areas, the badge remains the only other differentiating factor.

Power will still come from a horizontally-opposed 2.4-liter four-cylinder FA24 engine putting out roughly 228 horsepower (170 kilowatts) and 184 pound-feet (249 newton-meters) to the rear wheels. For a non-turbocharged engine, this is already a big improvement over previous units like the FA20 and EJ20 which could barely crack the 200 hp (149 kW) mark.

It’s unclear if these modifications will necessarily lead to the 86 being a truly unique package, but it’s clear that both vehicles still do a great job of scratching the affordable rear-wheel-drive sports car itch.

Premier League: More than 160 players on international duty... but who has been banned from playing?

MONEY CLINIC | I have R1.5 million in capital - what is the safest way to invest my money? 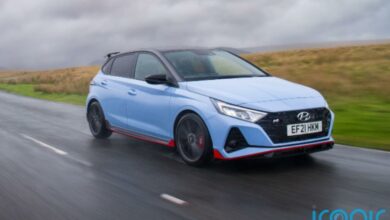 Motoring Review: i20 is the latest to get a thorough performance boost from Hyundai’s N department