A video of a Zambian news anchor went viral for demanding his salary on live TV.

On KBN TV News (Kenmark Broadcasting Network), the anchor was reading out the headline stories when he made an abrupt and unexpected claim on camera.

Kabinda Kalimina intermittent the live news broadcast to claim on air that he and his colleagues hadn’t been paid by the news station.

“We are human beings, ladies and gentlemen, away from the news. We must be compensated. We haven’t been paid at KBN, unfortunately,” he said.

It was termed as “drunken behavior” and a “one-night stunt of fame” by the official news channel statement.

Kalimina has since countered their claims that he was drunk and questioned how he could have been under the effect when he had offered earlier shows.

Whereas, Kennedy K Mambwe, the CEO of KBN TV, released a statement on the channel’s Facebook page rebuking Kalimina’s actions 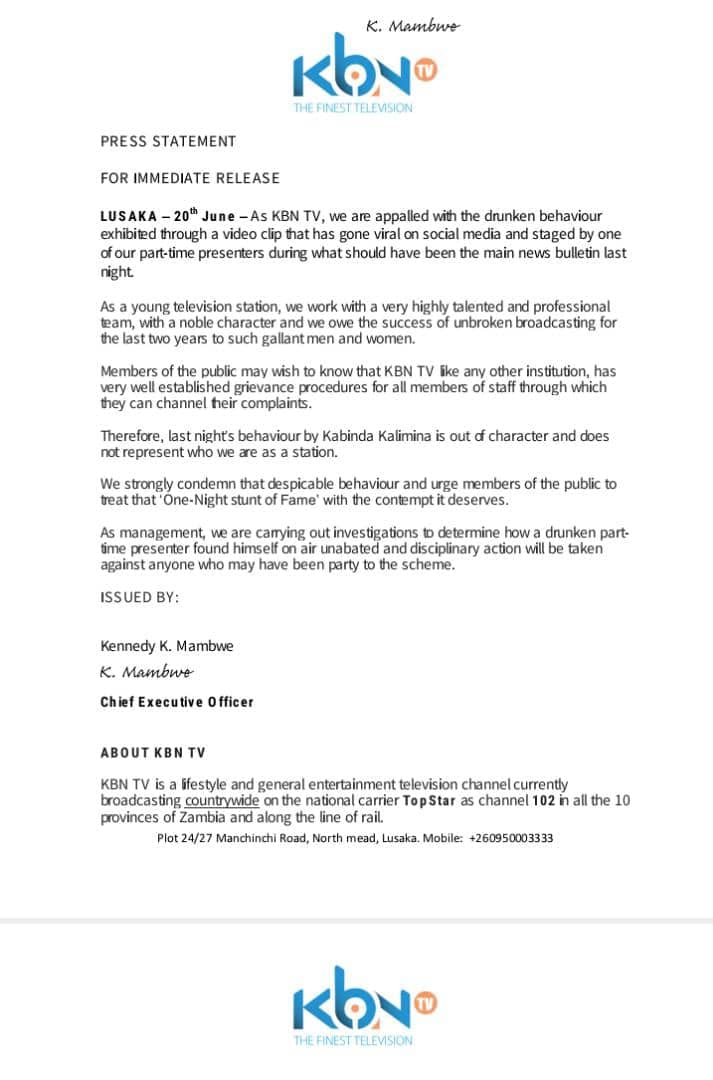 ‘Public service not a feeding trough’ 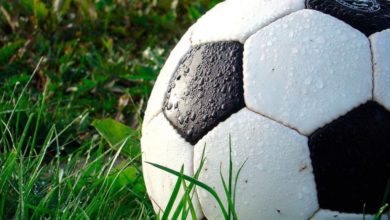 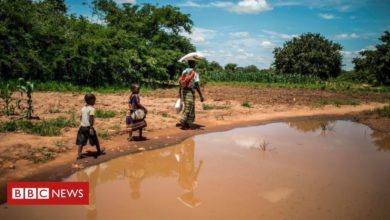 Zambia on brink of defaulting on foreign debt – BBC News 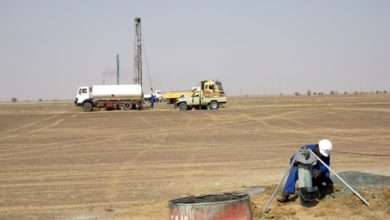