New Zealand has put the kibosh on Cook Islands plans to unilaterally open its borders to tourists next week.

The firm message to the island nation’s bullish new leader has been condemned by some Cook Islands business-owners as self-motivated paternalism or latter-day colonialism, but welcomed by a Pacific health specialist.

This week, New Zealand health officials have returned to Rarotonga to assess the country’s readiness; there are real concerns about delays setting up an in-country Covid PCR testing lab.

READ MORE:
* Cook Islands PM: ‘Up to Kiwis’ if they choose to visit from May 1
* Trans-Tasman bubble: Six more countries that could open to Kiwis in 2021
* Cook Islands ready to host Kiwi tourists from May 1, says Prime Minister Mark Brown

And that’s not all. “They need to test run their contact tracing regime,” said Associate Professor Collin Tukuitonga, who led a previous inspection team in February. “This is as important as testing, for early control.”

He acknowledged the concerns expressed about latter-day colonialism, observing that she who pays the piper calls the tune. “I think Prime Minister Ardern was spooked by measles in Samoa, reported to be from New Zealand. She doesn’t want similar in the Cooks, one assumes.”

A one-way travel bubble opened between the Cook Islands and Rarotonga in January, but soon New Zealanders are expected to be able to holiday there without going through ‘MIQ’ (video first published in January).

Training for PCR lab techs won’t be completed until at least two weeks after Prime Minister Mark Brown had planned to welcome tourists, on Saturday, May 1. And sources told Newsroom they were also still awaiting delivery of a key part, said to be a special door.

Since January 21, Cook Islands travellers arriving in Auckland have not been required to enter Managed Isolation – but the next step is to reach a similar agreement to allow New Zealanders into Rarotonga. No commencement date has been agreed, and MFAT says it is still advising New Zealanders not to travel overseas at this time, with the cautious exception of Australia.

Jacinda Ardern has pushed back against Brown’s promise to amend the country’s travel advisory to unilaterally welcome back Kiwi tourists, saying they first need the “gold standard” of local PCR lab-testing, rather than having to fly their samples back to New Zealand.

The lab would enable them to test on-island, get the results back, and use it as part of their contact tracing, she told TVNZ’s Breakfast show. “That’s just one of the things that I know will give [an] extra layer of that added security for when we open up.”

It is understood the countries are now working towards late May, after New Zealand rebuffed Prime Minister Brown’s public promises of a May 1 opening.

Cook Islands tourism and hospitality businesses – that’s almost all their businesses – are watching the continuing delays with growing dread.

Karin and James Crombie built their cafe on the resort island of Aitutaki under a big, old mango tree planted by James’ great-grandfather. They opened on March 14 last year. A week later, Covid was declared a pandemic and the borders closed to tourists.

They have been struggling on ever since, Karin’s staff on reduced hours bankrolled by the Government’s continuing wage subsidies and business grants – now into their fifth quarter. Locals still turn up for Burger Fridays but last night, the restaurant was empty. “I have days where there are only two customers, nights with no customers,” she said. “We haven’t had tourists since the end of March last year.”

“Here on Aitutaki, the gap between now and a potential bubble seems too little, too late for us.

“Of course safety should always be paramount. But with many of our young skilled locals leaving for opportunities in New Zealand I worry what capacity are we able to host our Kiwi mates now with a potential labour shortage.

“We never applied for any subsidies in the beginning as we didn’t meet the initial criteria being a new business, we have now applied for the latest grants available and are awaiting approval, we hope that it could aid us in the financial short fall we have unfortunately found ourselves in.”

“We are crossing our fingers and toes that this bubble goes ahead in May,” she added. “Otherwise we are likely to close our doors at the end of May.”

Cook Islands Prime Minister Mark Brown has told locals they are nearly out of money. The truth is far worse.

His Government has now spent all its NZ$56.7 million in reserves in its stabilisation account. To keep propping up both its large (some would say bloated) public sector and its near-bankrupt private sector, it has borrowed about $60.4m from the Asian Development Bank and the Asian Infrastructure Investment Bank.

Grant funding of approximately $25.2m has also been received, which is thought to include at least some of the $20m promised by New Zealand when Mark Brown visited last month.

According to Cook Islands Ministry of Internal Affairs, the country will need to borrow an additional $71.2m in 2021/22 and 2023/24 to cover further shortfalls in the forecast financing requirements.

Cook Islands News reports the country’s gross debt is expected to hit $185.2m, or 40.9 per cent of gross domestic product, by the end of June – a figure Prime Minister Brown believed could grow with no tourists arriving in the country.

Cook Islands Chamber of Commerce chief executive Eve Hayden said: “Cash reserves have been well burnt through and additional borrowings, as well as grant funding, have kept us going since.”

Cook Islanders are all New Zealand citizens. So if needed, New Zealand had a big gun in its arsenal in the negotiations over reopening the border: the possibility of rescinding their groundbreaking arrangement for quarantine-free travel into Auckland if Brown proceeded unilaterally without all the safety precautions in place. The argument is that if New Zealand cannot be certain of the testing and contact-tracing in the Cooks, then it cannot allow travellers to come back into New Zealand without two weeks in isolation.

Air NZ hinted at that in a short statement: “New Zealanders who meet the requirements of the Cook Islands Government will be able to travel to Rarotonga, but they will need to meet all New Zealand Government requirements on their return to New Zealand,” a spokesperson said.

The New Zealand Government confirmed the two countries were still working together towards a two-way opening later in May. “We’re really looking forward to having free movement in both directions, as is fitting for our special relationship,” a spokesperson said. “We have received an assurance from Prime Minister Brown that he is not intending to open unilaterally.

“We are very aware of the serious challenges the Cook Islands are facing and are working very closely with them to progress quarantine-free travel as soon as it is safe to do so.”

Brown’s staff initially asked for more time to answer Newsroom questions about his plans to reopen the border but, on Thursday, decided they would make no comment. Plans to launch a high-profile tourism marketing campaign in New Zealand media this week have now been put on the backburner.

Views are mixed on Rarotonga and Aitutaki. Some, especially the elderly and those with safe public sector jobs, want to avoid any risk of a Covid incursion by keeping the borders closed and reverting to a subsistence lifestyle of fishing and planting. But there is mounting anger at the border closures among younger people and those in the Cook Islands business community.

Eve Hayden said their CookSafe+ bluetooth contact tracing app, built and managed by the Chamber of Commerce, was now up and running and compatible with NZ Covid Tracer. “We have already had over 1100 downloads, from the Cook Islands, NZ, and Australia. All is working well, and the rollout is in progress,” she said.

“Interesting to note, that Australia’s contact tracing system is not compatible with NZ, they have active Covid-19 infections (albeit in MIQ), and yet the Cook Islands with compatible contact tracing, in-country testing capacity, and zero Covid-19 cases, is apparently still too risky.

“Therefore, one could surmise, there are other matters at play which are preventing New Zealand from confirming they are endorsing the Cook Islands in opening our border to New Zealand.”

Asked what those reasons were, she was cautious. “It is hard to say, it certainly doesn’t appear to be an actual data-centric decision based on risk assessment, does it? It would be a great question for New Zealand, though.”

“They have all the leverage,” he said. “We all suspect Jacinda is playing it safe and wouldn’t risk her reputation by opening to us if it meant possible Covid outbreaks – and the added pressure from her tourism industry to keep people spending in the country.

“We can only tick all the boxes that they put forward so that there is no possible excuses to not establishing a bubble.”

He said they were now planning for later in May – but if the delay extended into June, then more businesses would close and more people would leave, never to return.

The country has been there before: In 1996 after a local financial crisis driven by government mismanagement of its books, about 2000 people are thought to have left for New Zealand, to take up jobs or going on the unemployment benefit. Most never returned.

Officially, the Cook Islands Government says there are more than 17,000 people in the Cook Islands, but analysts believe the number is much lower. There were about 14,000 people last year, and since then another 1000 have left, many enticed by the offer of jobs in meatworks in New Zealand’s South Island.

Just on Thursday, another Air NZ flight left Rarotonga International Airport, carrying about 50 people to Auckland. According to one person farewelling family, almost all those boarding the flight were locals, most of them young.

“What we now need is for the vaccine to be fast-tracked if that is the only way they will open the border,” Melvin said. “If this is the thinking from New Zealand then they should just tell us and ensure we get it ASAP which would be a drop in the bucket considering our population size.”

He concluded ruefully. “Our fate rests with New Zealand – and it seems we still have no clear indication of what New Zealand expects.” 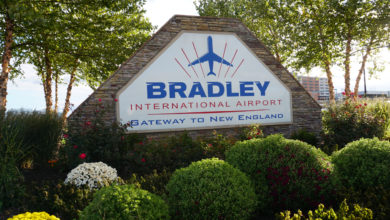 Will vaccinations impact the ability to travel? – WWLP.com 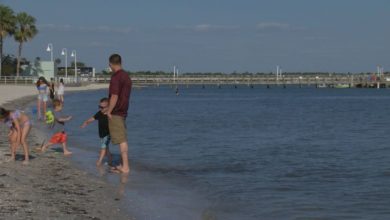 It’s time to unlock travel, because life is finite 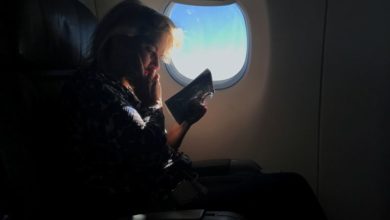