Pham Thi Yen, a pharmacist at a South Korean clinic in Hanoi, rushed to the police station of Me Tri Ward in Nam Tu Liem District with her child Monday evening to apply for a new form of travel permit.

Previously, she had contacted the ward police to ask about the procedure but received no guidance since the clinic where she works was not on the city’s categorized list.

According to Hanoi’s new Covid-19 prevention measures, to obtain new travel permits embedded with QR codes, enterprises operating in essential fields categorized into six groups should submit applications to relevant municipal departments that would forward them to the municipal traffic police bureau for approval.

She sent emails and called the Hanoi police hotline, which proved busy at all times. Late Monday afternoon, she received a notice from authorities, confirming the clinic is in the group of offices and firms working in essential fields. Worried she could not get the travel permits for 20 employees in the clinic by Tuesday, she rushed to the police station and local ward office to submit the application.

“I don’t have much time to prepare, and I try to respond to what the police ask. I’m just afraid I can’t get the permit for people to go to work because of this chaotic procedure,” Yen lamented.

Nguyen Thu Huong, an employee of a chemical company on Pham Hung Street, had to go back and forth twice to submit her papers.

The company where Huong works is not in the priority group, but it supplies chemicals to industrial zones in Hanoi, so Huong wanted to apply for travel permits for some staff.

She had gone to the ward police station at noon but did not have enough documents. In the afternoon, she returned.

“I submitted the application and received a piece of paper with the company’s email address, phone number and name. I am not sure if the application would be approved or not,” Huong said.

Like Huong, Pham Thi Thu Ha, working at a company installing elevators, came to apply for travel permits for ten employees at noon, but it was too crowded, so she had to return later in the evening.

Ha said she was instructed by local police, who said she needed to bring her company’s business registration document, the director’s household registration paper and identity card, a list of employees and labor contracts, and their identity cards, and an application form for travel permits with a plan for pandemic prevention.

“I applied for ten people, but I have no idea how many of them will have their travel permits,” Ha said.

Inside the police station of Me Tri Ward, three officers were working continuously. Lieutenant Colonel Nguyen Quang Chung, police chief of the ward, said the number of people applying for travel permits was very large, forcing officials to “work day and night to keep up with the schedule”.

“The ward has about 400 businesses, while it only takes two days to process the documents,” said Chung. He added the software for issuing road permits still “occasionally encountered errors,” while some people and businesses do not follow instructions.

“We sent people the form but they incorrectly edited it. The system won’t process the forms in case of a mistake ,” Chung said.

He added that currently the process of inputting data takes the most time. Checking emails and calling to check information is also time-consuming. Essential businesses will have a higher approval rate.

“In the last few days, we noticed the number of people on the street was too high, but after this process, it could be reduced by half,” said Chung.

Hanoi has undergone several social distancing orders since late July. It has recorded more than 3,800 infections in the ongoing outbreak that hit the nation in late April.

City authorities have said they would extend strict lockdown orders in most parts of the city after Sept. 6, and only those who have new travel permits are allowed to commute.

Many companies have complained the city kept issuing regulations relating to travel permits with “tight timing”. The announcement about the latest requirement for travel permits came out on the occasion of the National Day (Sept. 2) long weekend, so firms struggled to comply with the new rules.

This is the fourth time the city has changed its travel permit rules in the 46 days of the current semi-lockdown.

Earlier in August, many people were also waiting at night to apply for travel permits after the city required them to add their working schedules in their applications. A day later, the capital canceled the requirement, saying people only need to show their identification documents and travel permits issued by employers. 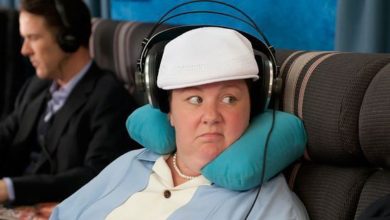 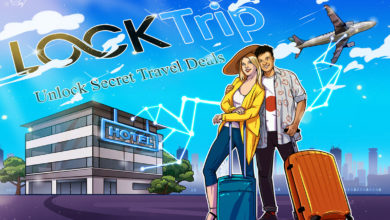 Travellers park up vehicles on Long Walk next to Windsor Castle