Another recording of a closed high-level ANC
meeting has surfaced and in it, deputy secretary-general Jessie Duarte can be
heard telling fellow officials that they should find a “solution” for
former president Jacob Zuma after he defied a Constitutional Court order.

The order related to his refusal to appear before
the state capture inquiry, chaired by Deputy Chief Justice Raymond Zondo.

In the recording, Duarte also described Chief
Justice Mogoeng Mogoeng as a “disappointment” when she said that the
possibility was raised of, presumably the ANC, approaching him with a request
for another judge to hear Zuma’s evidence.

From the references which Duarte made, it appeared
that the recording was taken at the ANC’s top six meeting with Zuma on 28 March.

In it, Duarte referred to the ANC’s view that Zuma
and other ANC leaders should appear before the commission:

Personally, I believe that it’s not a good thing for Comrade Zuma to do.

She mentioned what she called “personal
antagonism” between Zuma and Zondo, who fathered a child with the sister
of a woman who later became one of Zuma’s wives.

This, in her view, would prejudice Zuma, as well as
the “unfortunate way in which Judge Zondo presented himself after he
presided, as Comrade Zuma said, over his own case of bias”.

Her comment was a reference to Zondo’s dismissal of
Zuma’s application for his recusal.

Duarte also took issue with the way in which Zondo
“made statements about he’s (Zuma) not my friend”.

“It doesn’t augur well for a judge to go into
that granular kind of detail.”

She also said she believed that the commission of
inquiry had been turned into “a court of law”.

They almost have a prosecutorial attitude towards people who come to give evidence.

She said she was one of those in the ANC who
convinced former MP Vincent Smith to give evidence before the commission but
that, a week later, he found himself in court, facing a criminal case.

Smith is being accused of taking bribes from the
now-defunct security and facilities company Bosasa, although he denied that it
made him treat the company favourably when he was the chairperson of the
National Assembly’s Portfolio Committee on Correctional Services.

Duarte said the possibility was proposed “of
approaching the chief justice”.

She said what the commission “is supposedly
looking for is corroborative evidence” from Zuma. “Could that be done
with another judge in mind?” she asked.

But she added that the party wasn’t “confident
about the judiciary at the moment” and that she would like to hear from
Zuma “whether or not he would not still be prepared to consider that
element”.

Duarte said the reason why she had no confidence in
Mogoeng was because he “behaves as if he has no understanding of the
Constitution of the Republic of South Africa”, because of the value he
attached to his Christianity.

“Any regime that is attached to religion is a
disaster,” Duarte said, mentioning the apartheid regime and that of the
former German leader Adolf Hitler as examples.

Lashed out at ANC

The Judicial Conduct Committee ordered Mogoeng last
month to apologise after he told a webinar, organised by The Jerusalem Post,
that he was under an obligation as a Christian to love Israel and pray for
Jerusalem’s peace, which meant the country’s peace.

Duarte also lashed out at the ANC for ordering its
members not to show support for Zuma when he appeared in court, because it made
it difficult for those who wanted to assist Zuma to do so.

She also said that if it was true that ANC MP
Mandla Mandela travelled to Qatar to tell the Emir there not to meet with Zuma,
as alleged by Zuma in the meeting, then Mandela “needs to be challenged
and he needs to be asked why [he] would do something so ridiculous, given the
circumstances, given what we are facing in the ANC at the moment?”.

Both Duarte and party spokesperson Pule Mabe were
approached for verification, but neither have responded. 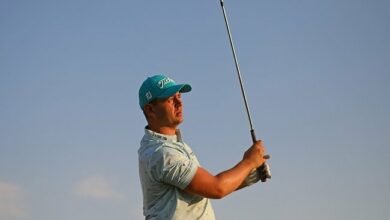 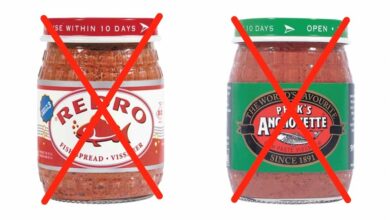 FRIDAY BRIEFING | The end of the ANC: Why the party’s inability to govern and reform will kill it 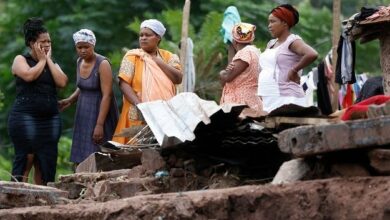 KZN floods: ‘Even if we had systems in place… we are merely human beings,’ says Premier Zikalala