The linocut — a masterful example of this acclaimed Namibian printmaker’s skilled combination of figural subjects and autobiographical text — was the subject of intense bidding and eventually sold for R410 375 — a new world record for the artist.

“This sale represents an important milestone for Muafangejo in the secondary market. The impeccable provenance of the works in the Orde Levinson Collection was a definite draw for collectors.”

The linocut formed part of a unique 153-lot offering of prints and original (but cancelled) lino blocks consigned by Orde Levinson, a noted art collector and scholar of Muafangejo.

The sale, Strauss & Co’s first-ever one devoted to a single artist, achieved R3,36 million with a 76% lot sell-through rate. ’Elephant is killing a lion in funny way in 1975’, a linocut by Namibian artist John Muafangejo.PHOTOS: strauss & CO “This sale represents an important milestone for Muafangejo in the secondary market,” said Susie Goodman, an executive director at Strauss & Co. “The impeccable provenance of the works in the Orde Levinson Collection was a definite draw for collectors.”

Born in 1943 in southern Angola and educated at various mission schools in northern Namibia, Muafangejo studied printmaking at the Evangelical Lutheran Church (ELC) Art and Craft Centre at Rorke’s Drift in KZN in 1968-69.

Mentored by Azaria Mbatha, he skilfully used linocut — a relief printing method noted for its flatness and shallow depth-of-field — to produce richly autobiographical images, as well as narrative works invested with social and religious themes.

The Orde Levinson Collection included the artist’s first linocut, Adam and Eva — a graphically complex evocation of the biblical paradise of Eden printed in 1968. The print sold for R58 625.

Elephant is Killing a Lion in Funny Way, printed in 1975, also attracted serious interest and sold for R175 875.

Portuguese MP: 'We don't know' if British tourists can visit - The Telegraph

Suzuki Jimny five-door turbo due in 2022 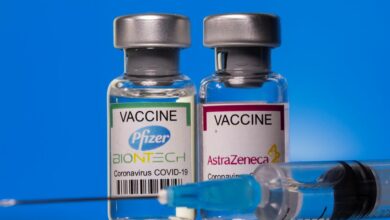