Motorists are so clueless about many road rules that the New South Wales Government has announced an entire week to get drivers clued up.

Some of the more esoteric laws that often stump motorists are what is permitted when cars encounter horses, whether or not mobile phones can be used in drive-throughs and the classic conundrum of who has right of way on a roundabout.

“You might consider yourself a good driver, but keeping your knowledge up to date on even common rules, such as who has right of way at an intersection, is an important part of your responsibility in sharing the road safely,” NSW Transport Minister Andrew Constance said this morning at the launch of 2020s road rules awareness week.

“We want to put a stop to fatalities and trauma suffered when people disregard or aren’t aware of the road rules,” he added.

Transport bosses have highlighted some of the rules that often get drivers into trouble.

One is about locking cars. Your car, your choice to lock it you might think. Well you’re thinking is wrong.

In a road rule awareness week quiz, the scenario is raised of a motorist into a petrol station preparing to pay for fuel.

Can you leave your keys in the car while you pay?

The answer is no. If the driver is further than three metres from their unattended vehicle they must lock it.

However, if a passenger 16 years or over is in the car while you pay, you can leave the vehicle unlocked.

It’s the same rule anytime you leave your car, be that a petrol station, the shops, outside your house – you must lock it unless another adult remains in the vehicle.

What about heading into the Red Rooster drive through to get a box of chicken?

We all know you can’t touch your mobile phone while on the road, but can you pay with a cards stored on your phone?

Prior to 2019 the answer was no. But new rules have come into force that say you now can be in your vehicle and either pay for an item with you mobile or show a voucher stored on your phone.

But the car must have stopped and you must be off the road.

You can also access your digital driving licence, but that’s it.

You can’t text, surf, change music or doing anything else even if you’re in a jam.

There are various rules around horses on the road. But they’re not hard and fast. You can overtake a horse just like you can overtake most road users, just leave enough space so you don’t cause an accident or, you know, scare the horses.

And then there is the time honoured roundabout confusion. Who has priority?

No, say the road safety people, it is not the driver on your right. It really isn’t. The rule is you must slow down and prepare to stop. Then, whatever vehicle is already in or is closest to entering the roundabout has priority.

Who has priority if three cars are approaching an intersection and two are facing stop signs one intending to go straight and the other turning right (below)?

Clearly, the car without a stop sign can head on through. As for the other two, the car going starlight ahead goes next followed by the car that is turning right across.

This year’s campaign coincides with the launch of a new interactive e-book version of the state’s Road User Handbook which the government hopes will make it easier to swat up on road rules, avoid penalties and maybe even save a few lives.

“The campaign also helps drivers understand why a rule is in place, such as a lower speed limit in a busy pedestrian area,” said Mr Constance. 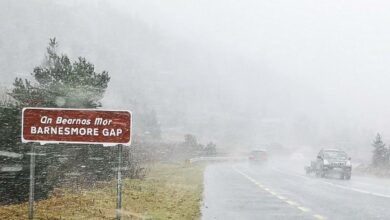 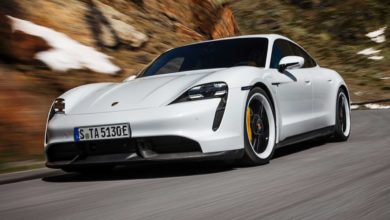