A fortnight ago I picked up my new British passport. It was pleasing to see it had gone back to the traditional black colour and a similar size to the burgundy EU passports Brits have experienced for three decades. Alas, I probably won’t be using it very much.

The only downside of the new passport is the scary mug shot which claims to be me. It resembles an elderly extra from a third-rate zombie movie. Of course I’ve gotten used to non-flattering passport “portraits” which have changed considerably over the years and not for the better. That fresh-faced teenager from the first passport in the 1960s has irreversibly morphed into a weary-looking, wrinkled relic.

I remember the excitement when my original passport claimed its first stamp in 1963. After a fortnight of silly behaviour in Ibiza, I returned with a passport containing a couple of “Espana” stamps which I proudly showed off to the family. I was now an “International Traveller” and had even picked up a few words of Spanish. The next year it was “Italia” which included a fancy stamp after a visit to the mountaintop Republic of San Marino.

There was no looking back after that. The first passport went on to host dozens of immigration stamps befitting an overland journey from England to India and beyond. The standout item was the Afghanistan visa which in 1969 covered two passport pages with assorted exotic excise stamps. You really felt that you were going somewhere completely different and Afghanistan did not disappoint in that respect.

Sadly that virgin passport experienced a lot more exciting times than those that followed. The passports became overwhelmed by page upon page of dull departure, arrival and re-entry stamps from Thailand and neighbouring countries. Most of the stamps were in that drab faded purple tincture so beloved of rubber stampers around the world.

It would be nice to say they sparked recollections of exotic trips, but invariably they were reminders of long immigration queues. There were occasional bright entries — a breezy-looking Lao visa with a nice shiny silver emblem, and a couple of full-page orange and yellow Australian visas prompting memories of a chirpy “G’day” from the female immigration officer.

The uninspiring nature of the stamps in my passport reflects a certain lack of adventure in recent times. Years ago I loved travelling by plane and even enjoyed the bustle of the airports. But these days the very thought of having to put up with airport hassle is enough to make me settle for domestic destinations, like the nearest supermarket.

A defining moment occurred at Heathrow about 10 years ago when, after more than 24 hours without sleep, I was standing there in my socks while a security officer inspected my shoes. A further examination of my hand baggage, followed by an interrogation over the presence of suspicious talcum powder, made me wonder if international travel was really worth it.

It was American journalist Erma Bombeck who once observed, “Did you ever notice that the first piece of baggage on the carousel never belongs to anyone?”

She was right. For anyone who has waited in vain for their baggage to appear, the carousel experience is not a pleasant one. You watch other passengers happily picking up their bags and departing one by one until you are left there by yourself glaring at the almost empty carousel.

It has happened to me a couple of times in Bangkok and it is quite deflating when you are eventually informed that your baggage is either in Brunei or Bangalore. There are usually a couple of other unclaimed bags on the carousel and you wonder whatever happened to their owners. The only comfort is knowing that someone else has lost their baggage too. Which reminds me of a BA poster at Heathrow breezily proclaiming “Breakfast in London, Lunch in New York” under which an unhappy passenger had scrawled “Baggage in Bermuda”.

Following a security scare in Thailand in 2001 it was discovered certain influential people had been travelling on domestic flights under assumed names. As a result “strict security measures” were introduced especially regarding passports, so they knew who exactly was on board any domestic flight. A few weeks later a British friend experienced these measures first hand. He bought a ticket to Bangkok at a THAI office in the Northeast and was asked to hand over his passport. They duly inspected the document and gave him a ticket. He was amused to see his ticket did not bear his name, but was made out to “British Citizen, Mr”. He later went to the airport and his boarding pass also carried his newly-acquired name. And so he went on to enjoy a smooth as silk flight to Bangkok under the name, “British Citizen, Mr”.

Word of the week

An early candidate for the word of the year comes from English lexicographer Rosie Dent commenting on the now failed attempt to form a Super League in European football. She called the action by the club chairmen involved “ingordigiousness”, meaning “extreme greed, an insatiable desire for wealth at any cost.”

A long time popular Bangkok Post columnist. In 1994 he won the Ayumongkol Literary Award. For many years he was Sports Editor at the Bangkok Post. 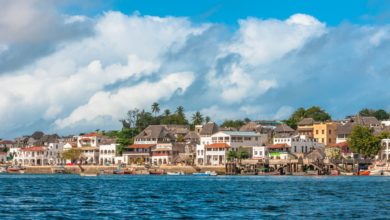 Why well-heeled travellers are flocking to Kenya during lockdown

Cut-off Britain is losing more than its summer holidays