A new model of alpha-synuclein in Parkinson’s development, addressing both where aggregates first appear and their spread through the nervous system, may explain the variety of early symptoms, asymmetry in motor symptoms, and variability of disease progression seen in patients, a study reported.

In Parkinson’s disease, symptoms and progression can vary greatly, with most patients experiencing initial motor symptoms on one side of the body (asymmetrically). Early signs in others include constipation, loss of smell, and sleep disorders, which can occur years before diagnosis.

However, the underlying causes that lead to such a wide variety of disease characteristics and progression remain poorly understood.

To explain this variation, Per Borghammer, MD, PhD, at the Aarhus University Hospital in Denmark, proposed the alpha-synuclein Origin and Connectome (SOC) model based on evidence from clinical and imaging studies, postmortem findings in patients’ brain tissue, and Parkinson’s animal models.

“Imaging studies of living [Parkinson’s] patients and studies of biopsies and gut and brain tissue from biobanks clearly suggest that patients display different profiles of neuronal damage,” Borghammer said in a press release. “In some patients, the brain is damaged before the peripheral nervous system [that outside the brain and spinal cord], and in others, the opposite pattern is seen.”

The model proposes that Parkinson’s starts at one location with clumping of the protein alpha-synuclein within a single or very few closely situated nerve cells (neurons). Its second component — called the connectome — describes how neurons are connected, known as neuronal connectivity, allowing for toxic protein spread.

According to the SOC model, if the original site is in the peripheral nervous system of the gut, this leads to the so-called body-first subtype of Parkinson’s (as opposed to brain-first). Body-first disease is characterized by early symptoms in the gut and other organs as well as the lower brain stem, which affects sleep.

Disease will develop relatively slowly in body-first individuals prior to a diagnosis, because multiple neurons separate the gut nervous system from that of the brain. Furthermore, these patients have more symmetric motor symptoms due to the disease spreading from the gut to the brain in a more symmetric fashion, caused by overlapping connections in the peripheral nervous system.

The model also predicts that, at diagnosis, body-first patients have a greater, and more symmetric, burden of alpha-synuclein disease, which promotes faster progression and cognitive decline.

“It is known that patients of the body-first type are at an increased risk of developing dementia,” Borghammer said. “According to the SOC model, this increased risk follows from the fact that, at the time of a diagnosis, the alpha-synuclein pathology [disease] is more widespread, more symmetrical, and shows more involvement of certain brainstem neurons, which are themselves involved in cognitive decline and dementia.”

In contrast, the brain-first subtype has the brain as the initial site of protein clumping. This subtype is characterized by a shorter pre-diagnostic phase, slower motor and non-motor progression, less frequent sleep problems, and less rapid cognitive decline.

In brain-first patients, Parkinson’s is also more often asymmetric, as alpha-synuclein disease originates in either the left or right side of the brain (hemispheres), then spreads within the same hemisphere, leading to one-sided motor symptoms.

As the disease progresses and alpha-synuclein spreads to the other brain hemisphere and throughout the body, brain-first and body-first types of patients eventually have similar motor and non-motor symptoms.

“In short, we think that the motor asymmetry in [Parkinson’s] must be understood in a brain-first vs. body-first context,” said Borghammer. “In brain-first [Parkinson’s], the initial pathology starts in one hemisphere and initially damages that hemisphere via the predominantly same-sided connections, leading to marked asymmetry.

“With time, the other hemisphere is also involved, evidenced by the increasingly symmetric motor symptoms in the patient,” he added.

The SOC model applies to all diseases characterized by the presence of Lewy bodies or alpha-synuclein clumps. Moreover, it incorporates the significant roles of other factors, including inflammation, infection, gut microbes, genetics, calcium regulation, alterations to energy-producing mitochondria in cells, and oxidative stress (the imbalance between the production and detoxification of free radicals by metabolism).

“A good scientific model should be testable and falsifiable, and the present model lives up to these requirements,” Borghammer concluded. “The scientific community now needs to study whether the SOC model has more explanatory power than previous models” of Parkinson’s development.

“It is certainly not a complete description of what goes wrong in [Parkinson’s disease] and needs to be further refined,” he added.


Steve holds a PhD in Biochemistry from the Faculty of Medicine at the University of Toronto, Canada. He worked as a medical scientist for 18 years, within both industry and academia, where his research focused on the discovery of new medicines to treat inflammatory disorders and infectious diseases. Steve recently stepped away from the lab and into science communications, where he’s helping make medical science information more accessible for everyone. 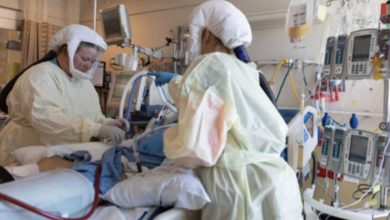 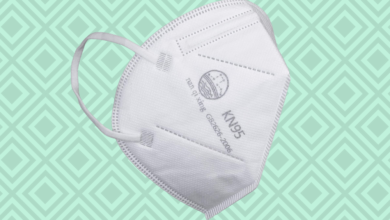 Breathe easy with these FDA-authorized KN95 face masks, just $16 for a 10-pack