KYOTO — In the past couple of years, a string of new hotels has opened in Japan’s ancient capital Kyoto. As of the end of March 2020, there were 679 inns and hotels here, 23 more than the previous year. But their occupancy rates are slumping badly due to the coronavirus pandemic, which has driven foreign tourist numbers to almost zero for more than a year. Competing solely now for the domestic tourism yen, each hotel is rolling out special features to lure customers and break out of the coronavirus doldrums.


About a three-minute walk from Karasuma Oike Station is the Candeo Hotels Kyoto Karasuma Rokkaku, which opened on June 6. The hotel consists of three buildings: the reception building, a renovated historical residence and a registered municipal cultural property; the 10-story guest building with 106 rooms; and the large communal bath building. The reception building has a second floor with a low ceiling called a “tsushi nikai,” which is common in traditional Kyoto “machiya” town houses, and features a bar and a library.


Initially, they were expecting inbound travelers to make up the backbone of their business, and planned to have mainly twin-bed rooms. The pandemic erased foreign travelers from that equation, so the hotel increased the number of rooms with one bed. According to a representative, the hotel’s strength is that it offers a “Kyoto machiya experience,” and they are determined to hit an occupancy rate of 80% in their first year.


Also opened on June 6 was The Royal Park Canvas – Kyoto Nijo in front of JR Nijo Station. It is an eight-story building with 180 guest rooms, a large communal bath, and a gym. Its operators also expect it to serve “workation” customers combining leisure time with teleworking. When visitors enter the front door, they will notice the wood-and-black contrasts of the lounge, designed with the concept of “past” and “future” in mind. Many people have already posted pictures of the lounge on social media such as Instagram, and according to the hotel, it is off to a good start.


General Manager Kei Taguma said, “The lounge is a great photo spot and also can be a place for communication among guests and with staff. We would like to work with the local community to liven up the area.”


Karuizawa, Nagano Prefecture-based Hoshino Resorts Inc., which operates tourist facilities throughout Japan, has also opened two “OMO” brand tourist hotels and will open one more in Kyoto. All three were hotels that had shut or had never even opened, construction stopped mid-way. The takeovers are strongly suggestive of Hoshino’s aggressive market stance.


In April, Hoshino Resorts opened OMO3 Kyoto Toji in the city’s Minami Ward, south of Kyoto Station, and OMO5 Kyoto Sanjo in the downtown Sanjo area in the city’s Nakagyo Ward. In November, OMO5 Kyoto Gion is scheduled to open in the Gion area near Yasaka Shrine. Each hotel offers services such as staff-led local tours and other activities to get travelers out into the city.


The occupancy rate of the two OMO facilities is not high at present, partly due to the declaration of a coronavirus state of emergency immediately after their opening. But Takehiko Karasawa, general manager of the OMO Kyoto area, says it’s “necessary to think in the medium and long term.”


Karasawa believes that now is the time to make the hotel more attractive to domestic guests, saying, “Once the coronavirus pandemic is over, tourists will return to Kyoto. First, we want to focus on micro-tourism.”


Kyoto’s hotels are giving the very best service they can now, and preparing for the day when the coronavirus is under control.

Jessica Alba on her relationship with husband Cash Warren: 'You become roommates' 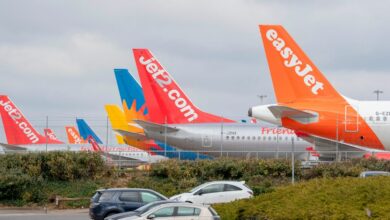 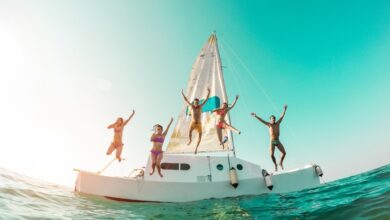 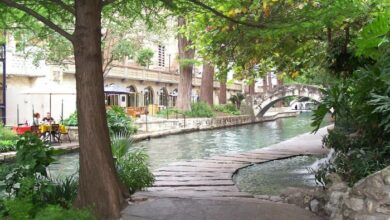 San Antonio River Walk is one of the ‘most beautiful’ sights in the U.S., study says 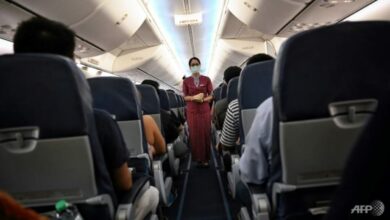