While Genesis is working on fleshing out its lineup, last year promising to double its lineup, the company is also revamping its flagship sedan. Spy shots have shown the Korean automaker developing the updated Genesis G90, but a new video finally gives us a clear peek inside. Much of the interior is covered, especially the dashboard and center console, but the video does reveal a few bits, like the electronic door openers.

The interior door panels are exposed, showing off their new design. They feature a completely horizontal armrest where the current design angles upward toward the front of the car. The electronic door openers on the front and rear passenger-side doors are clearly visible, too. The panel is fairly minimalistic with a shiny buttons, glossy trim, and silver speaker grilles. The seat designs look unchanged, though the rear of the center console does sport a different look, as does the rear seat center armrest, which used to house a host of controls for various comfort functions.

On the outside, the G90 will adopt some of its styling cues from the smaller G80 sedan, including the brand’s new bisected headlight design that has quickly become a recognizable styling element for the company. The grille will be a bit smaller, too, leaving room in the lower bumper for another, lower unbroken grille. We expect the bisected design to touch the taillights, too, though we’ve yet to get a clear look at the rear.

The updated G90 should come with all the latest tech and safety features as the current car is packed with goodies. The 5.0-liter V8 is likely to carry over, though the turbocharged 3.3-liter V6 should get replaced by the twin-turbo 3.5-liter. We don’t expect Genesis to give the restyled G90 a proper reveal until later this year for the South Korean market, which would make the new sedan a 2022 model. 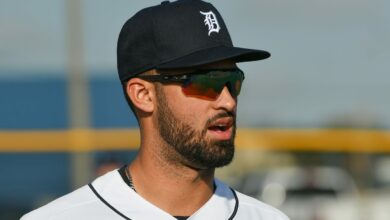 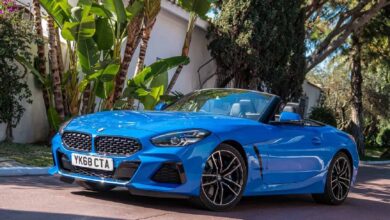 Popular classic car extravaganza to go ahead in September