Dacia has announced that its forthcoming all-new seven-seater family car will be called Jogger.

It comes before an official reveal later this week, and a public debut at the 2021 IAA Mobility show in Munich.

The new car will be a replacement for the existing Lodgy MPV. Launched in 2012, Dacia has only sold the Lodgy in left-hand drive specification.

The Jogger will be offered in both five- and seven-seater options, with Dacia describing it as having “a pragmatic spirit’.

Explaining the name, Dacia describes Jogger as being a “simple, modern name that anyone can pronounce”.

The use of the ‘er’ suffix, as with the Duster SUV, is said to invoke ideas of “robustness and endurance”.

Dacia will launch the Jogger with a digital event on 3 September 2021. This will be followed by the chance for the public to see the new model at the IAA Mobility event on 6 September.

You do the maths

The launch of the new seven-seater Jogger marks the continuing success of the Dacia brand.

It coincides with the company’s move into a ‘new era’, including the creation of a redesigned visual identity.

Since entering the UK market in 2013, Dacia has gone on to sell 200,000 vehicles. This year has seen the launch of an updated Duster SUV, along with an all-new Sandero supermini.

Last month saw the Sandero claim the prize of being the best-selling car across Europe.

With more new products set to be launched before 2025, Dacia looks set to continue growing.

Fuel prices rise for 9th month in a rowhttps://www.motoringresearch.com/car-news/fuel-prices-rise-9th-month/ 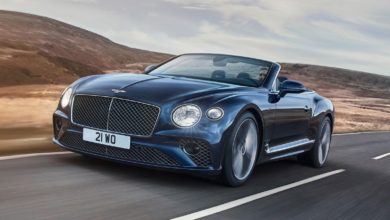