(Bloomberg) — Marijuana convictions would be erased with the stroke of the New York governor’s pen under a pot legalization bill ready for a vote this week in the state Legislature.The measure (S.854A /A.1248A), details of which were released late Saturday, calls for the automatic expungement of records for people with previous convictions for activities that would no longer be criminalized when marijuana is legalized for use by adults 21 and older.“For generations, too many New Yorkers have been unfairly penalized for the use and sale of adult-use cannabis, arbitrarily arrested and jailed with harsh mandatory minimum sentences,” Gov. Andrew Cuomo (D) said in a news release. “After years of tireless advocacy and extraordinarily hard work, that time is coming to an end in New York State.”Legislative leaders, who negotiated the proposal with Cuomo, said they’ll act on the measure this week.The expansive bill would allow dispensaries to open as soon as next year, and includes special cannabis taxes, permission for home growers to cultivate their own marijuana, and as well as limits on the number of licenses that can go to large corporations.Tax Revenue.The deal includes a 13% sales tax, with the money raised divided between the state (9%) and localities (4%), according to the text of the proposal. Distributors additionally would collect an excise tax of as much as 3 cents per milligram of THC, the active ingredient in cannabis, with a sliding scale based on the type of product and its potency.Legal cannabis has been projected to generate $350 million in taxes annually once it’s fully rolled out, Cuomo said in a Saturday news release. It could create 30,000 to 60,000 new jobs statewide, he said.Cities, towns, and villages would have nine months to opt out from having dispensaries and pot cafes in their communities.Tax revenue would be used to run and oversee the state cannabis program, with the remaining money divided between programs that try to help people rebuild their lives after marijuana possession arrests, aid for their neighborhoods, education, and drug treatment.“My goal in carrying this legislation has always been to end the racially disparate enforcement of marijuana prohibition that has taken such a toll on communities of color across our state, and to use the economic windfall of legalization to help heal and repair those same communities,” said state Senate Finance Committee Chairwoman Liz Krueger (D), who sponsored the legislation.Home Delivery.The bill allows for the personal cultivation of cannabis, with an adult 21 or older permitted to have up to three mature plants and three immature plants. Per household, the limit would be six of each kind of plant, according to the bill.Up to 3 ounces of cannabis and 24 grams of cannabis concentrate would be legally permitted for personal possession outside of the home. The bill would allow pot delivery services, with each licensee able to have the equivalent of up to 25 full-time employees.The legislation also would allow on-site pot consumption, as long as the cannabis cafes aren’t within 500 feet of a school, or 200 feet from a house of worship.Vertical Integration.The state wouldn’t be allowed to give out licenses that let a single company handle all parts of a recreational cannabis transaction — cultivation, processing, distributing, and dispensing, according to the proposal — with the exception of micro businesses. The bill also would bar a licensed cultivator or processor from having a direct or indirect financial interest in a retail dispensary.A state Cannabis Control Board and Office of Cannabis Management would decide how many licenses are issued and would be required to take small businesses into consideration and prioritize “social and economic equity” applicants from communities disproportionately impacted when marijuana was illegal. Priority also would go to those who make less than 80% of their county’s median income; those convicted in the past of a marijuana-related offense, and those with a convicted parent, guardian, child, spouse, or dependent convicted of a cannabis-related offense.The bill sets a goal of allocating half of the adult-use licenses to a minority- or woman-owned business, distressed farmers, service-disabled veterans, or “social and economic equity” applicants.Companies that already have a medical license in New York could have a slight advantage over newcomers when the state opens up to recreational use. There are 10, five of which are among the U.S.’s largest multi-state operators; Acreage Holdings, Columbia Care, Cresco Labs, Curaleaf, and Green Thumb Industries.Adult-use cannabis could be sold at only three of a medical operator’s dispensaries, and they would only be able to distribute their own products, according to the bill. Those holding a medical dispensary license would not be allowed to hold another retail dispensary license.For more articles like this, please visit us at bloomberg.comSubscribe now to stay ahead with the most trusted business news source.©2021 Bloomberg L.P.

'He shouldn't have died': Mother grieves after son dies in Mozambique violence 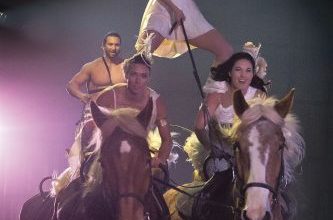 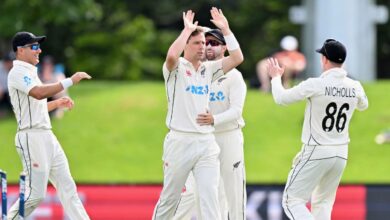