NAMPOWER has put in place mitigating measures to ensure the continuity of electricity supply to Namibia in the event that South Africa’s power utility, Eskom, is ‘unplugged’.

NamPower managing director Simson Haolofu on Friday said while Namibia produces 40% of its energy requirement, the remaining 60% is imported from neighbouring countries, of which 30% is from South Africa.

In a press release issued by Eskom last week, it confirmed it is involved in a contractual dispute with the South African arm of Oracle Corporation.

Oracle first claimed it had been underpaid by an amount of approximately N$7,3 billion, which is disputed by Eskom.

Eventually, the amount claimed by Oracle was reduced to just under N$400 million.

“As far as Eskom is concerned, the amount due to Oracle is approximately N$166 million in total,” the statement read.

Eskom offered to settle the N$166 million, and proposed a verification and court process to legally and sustainably resolve the dispute. Oracle rejected this approach, threatening to terminate its services to Eskom.

Eskom then approached the South African High Court to compel Oracle in essence to continue providing it with technical support services until April 2022.

Last week, the court dismissed the application. Eskom intends to launch an application for leave to appeal.

Technical experts in South Africa have told the media Eskom’s mitigating measures may be too little too late, considering that most of the services provided are computerised, and that the only current option would be the manual conducting of services.

This would require manpower and skills in a very short time.

“NamPower is aware of the situation and has put in place mitigating factors to ensure the continuity of supply to Namibia,” Haolofu said.

He said NamPower is an independent company and makes its own decisions pertaining to power supply.

“NamPower will ensure that the country continues to be supplied in any and all situations, as it has arrangements with other suppliers in the region to make sure the country’s energy requirements are met at all times.”

He said NamPower is busy rolling out a number of power-generation projects as per determination of the Ministry of Mines and Energy, and once these projects are fully implemented, Namibia’s dependency on imports would be reduced.

NamPower owns and operates three power stations with a combined capacity of 459,50 MW.

These power stations are the main sources of local power generation capacity in the country, and include the Ruacana hydroelectric power plant (347MW), the Van Eck coal-powered plant in Windhoek (90 MW), and Walvis Bay’s Anixas heavy fuel-oil-powered plant (22,5 MW).

opportunities and risks of becoming an international oil and gas player 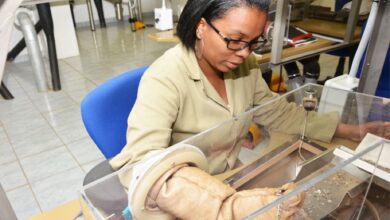 De Beers to extend life of Namibia mines to 2042 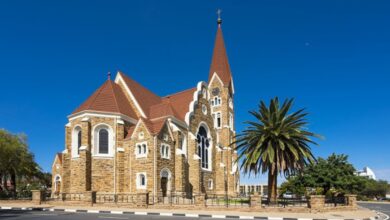