FOR THE past 11 years, the Ministry of Sport, Youth and National Service has received insufficient financial resources from the national budget.

Following the 2010/2011 budgetary allocation, then minister of youth, national service and sport, Kazenambo Kazenambo, indicated that the N$459 million it received was far too little for the ministry to execute its mandates. The same trend continued when Jerry Ekandjo was minister (from 2012 to 2017). For the first few years under Ekandjo, the ministry was allocated what seemed to be enough – N$1,9 billion to be spent over three years. This translated into N$635 million a year, a slight increase when compared to 2010/2011.

These allocations sparked concern and disappointment amongst Namibian sports enthusiasts and commentators.

In the 2021/2022 budget, the ministry’s budget was cut further. It received N$278 million. This raises the question of how the current minister, Agnes Tjongarero, will be able to try and turn around the ministry’s fortunes.

The impact of the ministry’s ongoing budget cuts has already been felt: The disconnection of electricity and salary delays at the National Youth Service Training Centre (Rietfontein) in the Otjozondjupa region in 2017 and 2018. A 2016 parliamentary report said multi-purpose centres and youth resource centres in various regions such as Omusati, Ohangwena, Oshana, Kunene, Otjozondjupa and Erongo could previously not operate because of financial constraints. These facilities lacked necessary equipment for sports.

The Youth Resource Centre at Opuwo could not even pay service providers like NamPost because of a tight budget.

Over the years, sports commentators and experts have expressed dissatisfaction with the budget allocation to the youth and sports ministry, saying it does not address the plight of the youth. The Namibian in 2016 quoted Michael Hamukwaya as saying the allocations amounted to “peanuts” and would have a negative effect on everyone. Similarly, Isaak Hamata expressed concern that sport is not considered a priority. He said the situation had become more pressing as the private sector had tightened its belt when it came to sponsorships.

Freddy Mwiya, chief administrator for the Namibia Sports Commission, said insufficient funding from the government was not new and that they were used to it. He was, however, quick to point out that it was very difficult to function with such limited financial resources.

It is painful to see how sports enthusiasts have internalised surviving with cash flow challenges to the extent of saying they are used to it. To make matters worse, their and others concerns have fallen on deaf ears even as the situation deteriorates year after year. Some might say this year’s reduced budget is a result of the Covid-19 pandemic, as many sports codes are not fully active. The fact remains, however, that the budget cuts were on a downward spiral before Covid-19 unfolded.

This raises concerns over whether the government is serious about addressing the social wellbeing of the youth, especially given an unemployment figure as high as 41,17%, according to 2020 statistics. Despite Covid-19, the government could have directed financial resources towards investing in sports facility upgrades and the procurement of  equipment so that by the time things stabilise, sports activities would thrive without hindrance.

The recent pronouncement by the Confederation of African Football (CAF) on Namibia’s so-called international sports stadium is bad news. it will be more expensive for national teams to play international games outside the country. This could have been avoided if the government had prioritised investment in sports facilities.

In a commendable gesture, the Namibia Sports Commission and Namibia Student Financial Assistance Fund (NSFAF) recently signed a memorandum of understanding whereby athletes and sports managers can apply for loans to study for sports programmes.

Sports federations should also start to invest in disadvantaged/marginalised communities. The San people, for example, are historically known for their endurance in tracking wild animals. Such qualities could be channelled into sport.

Namibia is not short of talent but it does need the government to provide reasonable financial resources for the ministry of sport, youth and national service to execute its mandates. Research clearly indicates that youth empowerment can contribute immensely towards poverty eradication.

* Patrick Nyambe Masiziani is an advocate of youth empowerment. He has a Masters Degree in Comparative Local Development and works at a skills development centre at Ondangwa. The views expressed in this article are his own. 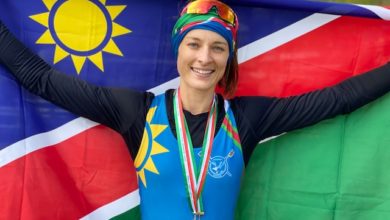 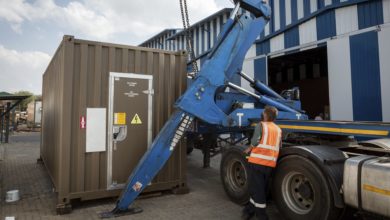