Johannesburg- The sky is the limit for seven-year-old Johannesburg-based Namibian actress and model Rose Bimbe, who dreams of one day conquering Hollywood.

The Southern Times Arts spoke to Rose though her mother and manager, Ndamanguluka Nakashole, who said the starlet started showing interest in acting and modelling as a toddler.

Bimbe, who appeared in Canadian magazine Model Trend in October 2018, has also featured on the site of Ghanaian award-winning blogger Ameyaw Debrah.

“I really want to get her to Hollywood one day; it’s our collective dream. Rose has acted on many films so far; some have been on TV, and some are in the pipeline. I’m proud of all, but my biggest pride is Rose being selected to go to LA (Los Angeles) for an auditions event last year. Unfortunately, covid happened,” said Nakashole.

Little Rose has come a long way in a short while.

“She was born in the north of Namibia to a Namibian mother and a non-Namibian father. At age two, Rose started showing interest in drama. She is dramatic in her actions and I enrolled her at the Helen O’Grady Drama Academy in Windhoek when she was four.

“When she was five, we relocated to South Africa.  I wanted the best for her and I knew SA is the SADC capital for film.  She was four when she told me she wants to act on Nickelodeon.  That was her favourite channel. I still dream of her being on a Nickelodeon show though.

“I aligned my dreams to hers and when we came here we knew no one and now we are shooting and getting to know the who’s who of the industry,” said Nakashole.

The mother also said because the girl loves to dress-up, in January she launched a children’s clothing boutique in Johannesburg.

The boutique sells clothes for children between two and 12 in South Africa, Namibia and other counties.

“We started it last year just before corona. We had a plan to send to Namibia but the (travel restrictions delayed us. So we sell locally. Hoping to make it bigger in 2022 when the world comes down.

“We started to procure cute clothing for kids and the plan was to travel to West Africa and also locally in SA and give best tailors want we want (unique kids’ designs) and resell as a Rose Bimbe brand because she loves clothes. Because of covid, we only ended up to procuring the clothes which we resell to this day to customers and at pop up shop at events or city markets. I want to grow it big.  It’s her pride and the money is invested in her career and schooling,” the mother added.

Nakashole said as the mother, she makes sure that fame does not obstruct the little girl from school.

“She knows school is first and is very important.  She only shoots on weekends. Even when she is playing at home, she knows school comes first. And she loves books. Actually she is an introvert.. I am glad she just lives her life as a normal child. Her mental health matter the most to me.

“I like the fact that Rose is a go-getter. She puts effort in all she does. She can’t play until homework is done. When on set, she can’t go on till she impresses. She wants to know if she did amazing or “just ok”. She is also a grateful child and considerate.”

Bimbe is multi lingual, something that has helped her in the arts industry.

“She enjoys dancing and swimming. She is also multi lingual and a fast learner. She speaks English fluently, a bit of Afrikaans, fluent Zulu, some Tswana and my language (Vambo) as well as some Venda,” said Nakashole.

According to her mom the girl always seeks to excel even under not so comfortable environments.

“Living in a foreign country as a single mom is hard at times. But Rose goes through it all with me. She is my best friend. As a mother, I just support her interests and passion.  I’m her closest person as we have no family in South Africa.

“Also when we were in Namibia, it has always been the two of us since day one. I think she has got the talent and confidence. We won’t give up. Even if she get a role before age 10, in her teenage years or even varsity, I’d be so proud to see her living her dream.”

Rose has appeared in an advert for an ice-cream outlet and she has over 14,000 followers on Instagram, in addition to having her own website, rosebimpe.com.

VW May Develop Full-Size Electric Pickup Truck For US 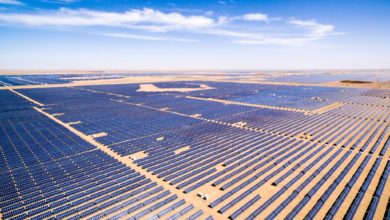 BOTSWANA-NAMIBIA: Agreement with investors for a 5 000 MWp solar complex