The descendants of Namibia’s Herero and Nama are calling on the Namibian government to “pause” any agreement with Germany over the early twentieth century genocide.

The terms of the historic agreement, announced on 28 May, has caused discord among Namibians. The latest rejection comes from the leaders of four clans directly descended from the victims of the genocide.

The four chiefs of the Hoveka, Kambazembi, Ovambanderu and Zeraea traditional authorities, wrote to President Hage Geingob on Thursday asking him to pause the implementation of the agreement.

The traditional leaders have requested a “proper inclusive review process”, describing the sometimes fraught negotiations between Namibia and its former coloniser as an “insane and illegitimate process”.

The request was “informed by the groundswell sentiments…who have expressed serious reservations to total rejection of the agreement”.

Geingob’s office did not respond to a request for comment.

The “meagre” settlement amount of 1.1 billion euro (R18 billion) paid over 30 years and categorised as aid was also unacceptable, as was the reconstruction development plan.

“We also note that emphasis is put on vocational training but not on different disciplines of educational endeavours. Meaning if this is the roadmap, future generations of the affected communities would be condemned to just being vocational training artisans? What about scientists, historians, etc?” the chiefs asked in a statement.

They also argue that the process did not follow the precedent set by Germany’s reparations for the Holocaust during World War II or its official recognition of the Armenian genocide of 1915 to 1917.

German colonial troops wiped out 80% of the Herero population between 1904 and 1907, killing up to 80 000 Herero and 10 000 Nama. The groups were also scattered between South African, Botswana and Angola. The chiefs say Germany’s deal ignores this disenfranchised diaspora.

The German Foreign Ministry did not respond to a request for comment.

One former politician descended from the Herero fears the disgruntlement over the deal will lead to ultimately land seizures and farm invasions.

“Germany is underestimating the situation,” said Kazenambo Kazenambo, a former member of parliament. Namibia, too, does not have the capacity to address the frustrations of the country’s rural citizens.

Kazenambo, who is known as firebrand politician who has butted heads with Geingob, said the communities he was engaging with were considering more extreme forms of redress. This week, Kazenambo wrote to the United Nations in the hope of international intervention.

“We are playing with fire here. The Herero and Namas are frustrated and they have reached a point of despair and they are losing hope,” he told News24. “How will they monitor the situation should there be Hereros and Namas who would like to invade farms?”

Earlier this week, sitting members of Namibia’s parliament lashed out at both the German and their own governments for failing to consult with the descendants of the victims of the genocide. Last week, Namibia’s Vice President Nangolo Mbumba conceded that the Namibian government was “not proud of the amount”.

Namibian genocide: Descendants slam deal, say they were left out of negotiations with Germany 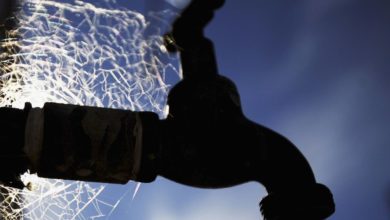