Catherine Shatiwa, the deputy director for policy research and registration in the department of veteran’s affairs, confirmed the deaths.

Gamatham, who was born at Tumispark settlement in the Hardap region, was a veteran of the liberation struggle and was a student activist under the Swapo liberation movement of the 1970s. In 1975, he was appointed to the Swapo national executive committee after he was elected as transport secretary of the party’s Windhoek branch.

Nandenga, also known as Zulu, was born at Ombalamumbwenge, Oshigambo, in the Oshikoto region. In 1958, he joined the Ovamboland People’s Organisation and later became a member of Swapo in 1960. In 1963, Nandenga left Namibia for Zambia through Botswana and arrived in Tanzania in 1964. He later joined the People’s Liberation Army of Namibia towards the end of 1973 through to 1974. 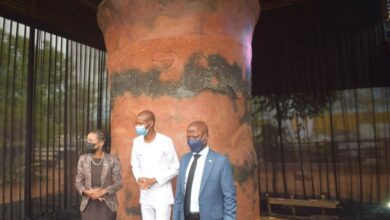 Big diamond found in Botswana, could be world’s 3rd largest