A NUMBER of villagers in the Zambezi region have complained of being assaulted and abused by members of the Namibian Defence Force deployed in the area.

This was confirmed by Zambezi governor Lawrence Sampofu, who said he was waiting for a report from the NDF commander in the region.

The soldiers are stationed at the Kasika, Ngoma, Kapani, Mbilajwe and Mbambazi areas to patrol the Namibia-Botswana border to prevent the intimidation and harassment of villagers by soldiers from Botswana.

“I saw posts on social media. I also heard of the torture and alcohol abuse and incidents involving women from villagers. I spoke to the commander about it and I am waiting for a report from him,” said Sampofu.

Villagers claim soldiers at Mbilajwe village said that no one should herd cattle after 17h00.

“They molest our children but our headman is reluctant to call them to order,” said one villager.

Barks Libonelo, of Mbilajwe village claims he was tortured by the soldiers recently.

He told The Namibian he was looking for his oxen and decided to inform the soldiers at the camp that he was driving into the nearby forest.

According to him, his vehicle got stuck near the camp, and he left it and walked to the camp where he told the commander of his situation.

The commander allegedly did not believe him and allowed his subordinates to assault him.

“They started beating me, 15 of them, including the commander,” he said.

Libonelo said the soldiers dropped him off at the village after the assault. He has since opened a case of torture and assault with the police.

“I they came looking for him [Barks]. They accused me of hiding him and punched me,” he said.

Sipiya Sazita, a bartender, said she was assaulted when she wanted to close the bar while the soldiers were drinking.

“The four officers said they were the law, so why was I closing the bar. One officer poured sanitiser and Tassenberg on me as punishment.” she said.

Sazita said she continued serving them because she feared for her life.

At Kasika village near Impalila Island, soldiers are accused of sleeping with young girls, some still in primary school.

A villager, Austin Mwaala told The Namibian the soldiers do not patrol the river, nor speak to the villagers about their safety.

“They were deployed to patrol the river but they harass us and sleep with our sisters and daughters,” said Mwaala.

Defence minister Frans Kapofi said he was aware of the allegations.

“I have seen people’s posts on WhatsApp and the chief of defence office is on the case. We will look into it,” he said.

Kapofi said this behaviour cannot be condoned as soldiers are supposed to provide security and comfort to the citizens.

“They cannot be the ones assaulting people. That is totally uncalled for,” said Kapofi.

He explained that the case has since been referred to Samgwali Police Station where the incident took place.

After protests and looting tear through South Africa, the nation wonders: What now? 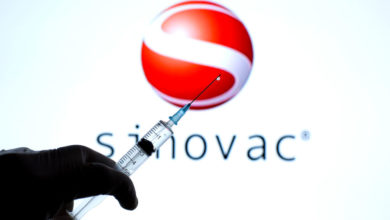