NAMIBIA and the Ivory Coast qualified for next year’s Africa Cup after completion of the Africa Cup Pool A qualifier in Abidjan on Sunday.

In Pool A’s final match on Sunday, Madagascar beat the Ivory Coast 24-19, but it was not enough to ensure their progression as the Madagascans dropped out by the narrowest of margins.

That meant that each team had one victory and one defeat at the tournament, after Namibia had previously beaten Madagascar 52-10, while the Ivory Coast beat Namibia 24-13.

That left all the teams level on five points each, with the result that the winning two teams had to be decided on points aggregate, and here, Namibia’s comprehensive victory against Madagascar proved to be decisive.

They finished on top of the log with a plus-31 point aggregate, followed by the Ivory Coast (+6), while Madagascar (-37) finished last, to drop out of contention.

Namibia now go through as one of eight teams to next year’s Africa Cup which will also be the final qualifying tournament for the 2023 Rugby World Cup.

The 2023 Africa Cup will be contested on a knockout basis from the outset, with the teams starting off with four quarter final matches, then the two semifinals and the final.

So far, six of the eight teams have been determined, while Namibia will most probably play Burkina Faso in next year’s quarterfinals.

Namibia will face the runners-up of Pool D, and with Tunisia already having withdrawn, that just leaves Zimbabwe and Burkina Faso, who will now play each other in Harare over the next two weeks. Zimbabwe, who are ranked 34th in the world will start as firm favourites against the 90th-ranked Burkinabe and will most probably win Pool D, to progress to the quarterfinals where they will take on the Ivory Coast.

Senegal and Kenya also confirmed their places at next year’s finals after finishing on top of Group B.

Senegal beat Kenya 20-19 and Zambia 20-5, while Kenya beat Zambia 45-8, with the result that Zambia dropped out of contention in their group.

Their quarterfinal opponents, however, still have to be determined as Pool C, which is being contested between Uganda, Ghana and Algeria in Kampala, must still be completed.

In the only match so far, Uganda beat Ghana 53-12, but Algeria still has to play Uganda as well as Ghana. The winner of Pool C will face Kenya in next year’s quarter-finals, while the runners-up will face Senegal.

Kenya, meanwhile, won the Africa u20 Barthes Cup after beating Madagascar 21-20 in a thrilling final in Nairobi yesterday.

Namibia had to abandon their plans of competing at the last minute due to the Covid-19 pandemic.

Afritin looks to major expansion at Namibian mine 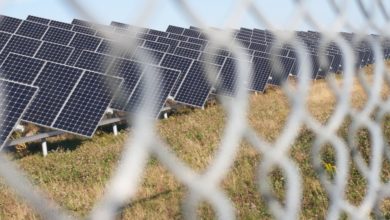