WINDHOEK, Namibia (AP) — The government of Namibia has closed the southern African country’s state-owned airline, Air Namibia, saying that it can no longer afford the financial losses.

All Air Namibia flights have been canceled, 10 aircraft have been grounded and the reservations system has been closed. Air Namibia’s 644 employees have lost their jobs and will receive a severance package of a year’s salary, according to a Cabinet announcement.

Air Namibia has announced on its social media platforms that customers who have paid for flights should register for refunds.

The decision to close the airline was taken after careful consideration, according to the minister of public enterprises Leon Jooste.

“The national airline is not profitable and it has not been profitable since its inception. The net economic costs of Air Namibia’s operations far outstrip the net gains and it is thus unsustainable,” Jooste said last week.

The government has spent more than the equivalent of $550 million to maintain the airline, said Jooste.

“At this stage, the country’s economy can no longer afford to perpetually provide financial support to Air Namibia at the expense of supporting economic growth and critical social services,” he said. “Government considered all other options which included engagement with other airlines for potential investment partnership and various business plans to turnaround the company.”

The cost of liquidating Air Namibia is estimated to be $137 million, according to local press reports.

The national airline has had financial problems for years, but the situation took a turn for the worse last year. A major problem has been the controversial lease in 1998 of a 351-passenger plane — a Boeing 767-300 — from a private company, Challenge Air.

Air Namibia terminated the agreement after discovering the aircraft was defective and Challenge Air was liquidated soon afterward, but the transaction continued to haunt the national airline.

A settlement agreement was reached in December 2019, in which Air Namibia acknowledged it owed Challenge Air around N$333 million (US$22 million) and undertook to pay that sum in monthly instalments until September 2020. 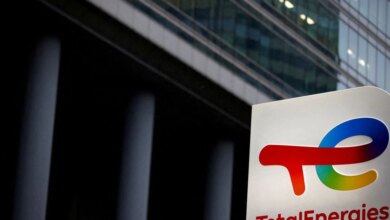