The southern African nation has recently seen protests from both anti-abortion activists and abortion rights advocates.

“Whether or not legalized, abortion is a reality in our society and hence the need to debate on it, weigh the pros and cons, the advantages and disadvantages, in order for us as a country to make informed decisions,” she said during her televised appearance at the National Assembly.

Muinjangue added that it was important for lawmakers to look into the reasons for abortions before making a decision to keep or repeal Namibia’s law on the conditions for terminating pregnancies.

Under Namibia’s Abortion and Sterilization Act of 1975, abortions are illegal for women and girls, except in cases involving incest, rape, or where the mother or child’s life is in danger.
Namibia inherited the law from neighboring South Africa during apartheid, a system of legislation that segregated and discriminated against non-white South Africans.
According to a report by the Guttmacher Institute, the law was put in place in 1975 to ensure that the white population in South Africa would continue to procreate amid fears that the black population was growing too quickly. Even though South Africa changed its law in 1996, two years after the end of the apartheid, Namibia continued to uphold the criminalization of abortions.

And as Muinjangue and her colleagues in the Namibian parliament continue to debate whether or not they want to keep upholding this 45-year-old law, feminists and activists in the country are calling it discriminatory and lobbying for it to be repealed.

“These laws are truly outdated and the countries we inherited those laws from have long changed theirs. Meanwhile, we still continue to keep ours,” Naisola Likimani told CNN.

Likimani is the lead of the SheDecides Support Unit. She Decides is a global gender rights movement which speaks out for the right of women and girls to make decisions about their bodies.

Given the risk involved in pregnancy and childbirth, she said, women should be given the chance to decide if they want to subject their bodies to the possible dangers that come with pregnancy.

Approximately 810 women died every day from preventable causes related to pregnancy and childbirth in 2017, according to the World Health Organization.
In the same year, Sub-Saharan Africa accounted for 86% of the estimated deaths of women during pregnancy.

“Giving birth is a life and death situation for many women. You are putting your body at risk when you decide to carry a pregnancy. So, you should really be the one to say whether or not you want to carry it,” Likimani said.

Thousands of Namibians have signed a petition calling for a reform of the abortion law.

The petition, posted in June by Beauty Boois, a Namibian feminist and psychologist, currently has more than 61,000 signatures in support of legalizing abortion.

“We hope that this petition results in the legalization of abortion in Namibia so that Namibian women can take full ownership and practice autonomy over their own bodies,” Boois wrote in the petition.

The petition was signed by multiple organizations and womens’ groups including Out-Right Namibia, the Young Feminist Movement of Namibia, and Power Pad Girls.

It also resulted in protests on July 18 that included hundreds of feminists and activists demanding that sexual and reproductive rights of women be upheld.
Some Namibians in the diaspora also joined the protests online, showing solidarity by using the hashtag #LegalizeAbortionNA.

“Part of our demand during the protest was access to wholistic reproductive justice care for Namibian women. We want access to on-demand abortion for anyone from the age of 10,” Ndiilokelwa Nthengwe told CNN.

Nthengwe is the communications officer for the Namibia chapter of humans rights organization, Outright Action International, and one of the protesters fighting for sexual reproductive health and rights for women in Namibia.
Other African countries, including Mozambique and Ethiopia, have relaxed abortion laws that allow girls under the age of 18 to seek abortions, and pregnancies of up to 16 weeks to be terminated.

In South Africa, a woman of any age can get an abortion on request with no reason given if she is less than 13 weeks pregnant.

In addition to wanting similar opportunities for women in Namibia, Nthengwe said activists want the government to make provision for post-abortion care in the country.

“We want a new bill that not only prioritizes abortions but also provides access to comprehensive sexual health education. We sent our demands and research to the parliament, to politicians as well. But we haven’t gotten a response yet,” she said.

One of the major disadvantages of failing to reform abortion laws is that it can lead women having unsafe abortions said Dr. Bernard Haufiku, Namibia’s former minister of health and social services.

Illegal abortions are often carried out secretly in the backrooms of doctors or by unauthorized people, which can be painful and dangerous to women, according to Haufiku.

Haufiku, who is a medical doctor, told CNN that many women have died trying to circumvent the law procuring backstreet abortions and authorities owe it to take action that can prevent such deaths.

According to the WHO, African women are at the highest risk of dying from unsafe abortions.
Data on the number of women who opt for abortions in Namibia are hard to find because many cases go undocumented. However, local media reported that in 2016, the country had 7,335 cases of illegal abortions in state facilities alone.

Former parliamentarian Haufiku says the right to decide what a woman should do with her body should lie with the woman and not the government or politicians.

CNN reached out to Namibia’s Ministry of Health and Social Services for comment but is yet to receive a response.

The calls to legalize abortions in Namibia have not been without pushback.

Anti-abortion activists in the country have raised concerns over what they call “violating the rights of an unborn child.”
In July, protesters took to the streets to show their disapproval for the possible consideration of reform.

Zelda Van der Colff, a pastor based in Namibia created a group called Pro-life Namibia, an online platform to raise opposition to abortions in the country.

During a visit to members of the parliament, Van der Colff suggested that instead of allowing women access to abortions, orphanages should be funded to keep unwanted babies.
She also added that making adoption accessible is an alternative to reforming the country’s current law. Her online petition rejecting the calls for legalizing abortion has gathered more than 15,000 signatures from Namibians.

One of the major reasons anti-abortion activists don’t agree with the abortion rights advocates on reform is that their religious beliefs do not permit the termination of pregnancies — except in extreme cases.

According to the Pew Research Center, many religious groups and organizations including the Roman Catholic Church oppose abortion rights. “We will no longer keep silent, as it will be a sign of rejecting the Biblical form of life-giving through birth. Keeping silence means we give God the approval to bring the wrath upon this nation of Namibia because of our unrighteous actions,” Van der Colff wrote in the petition.

CNN has reached out to Namibia’s Ministry of Gender Equality and Child Welfare for comment but has not received a response.

Lobby for abortion bill to be repealed

Weeks after street protests and petitions from anti-abortion activists and abortion rights advocates, Namibia continues to debate whether it should reform its abortion laws.

The country’s lawmakers are yet to make their decision on reforms public, but feminists and abortion advocates say that they will not give up and have continued to lobby for the Abortion and Sterilization Act to be repealed.

“I want the government to trust its women. Give them the choice to decide what they want to do with their own bodies. Women are not going to run and get pregnant so that they can get an abortion if it is made legal,” said Naisola Likimani, of She Decides.

Feminist Ndiilokelwa Nthengwe told CNN that the womens’ groups involved in the protests calling for abortion rights have formed a coalition called the Voices for Choices and Rights Coalition.

VCRC members have delivered research documents on the importance of implementing comprehensive sexual reproductive health and rights for women in the country to the National Assembly, said Nthengwe.

The move, she said, is intended to influence parliamentarians to create a new bill that reflects the interest of women. Through the bill, they want the government to provide access to on-demand abortions, as well as promoting campaigns on sex and reproductive health.

“We don’t have a choice but to be optimistic. We have to continue to be resilient and make sure that access to reproductive justice for women is given.”

Why am I caught between Abta and Visa over a £400 cruise refund? | Money

the 4 most common faults found in used cars 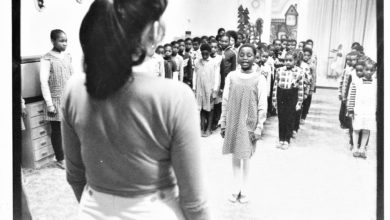 The Namibians for whom Czechoslovakia is forever home 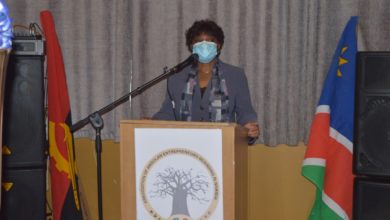 Angolan Entrepreneurs in Namibia form an Association – The Southern Times 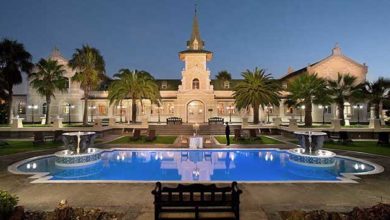