A Murray & Roberts (M&R) joint venture in the Middle East is engaged in ongoing legal proceedings related to the drawdown by a client on two bank guarantees worth AED474 million (R1.9 billion) for a completed project in the region.

However, M&R spokesperson Ed Jardim said there are currently no legal proceedings that have been filed in South Africa.

This follows a Dubai-based bank in January debiting the bank account of the Habtoor Leighton Group/Murray & Roberts Contractors (HLMR) joint venture (JV) in Abu Dhabi without formal notice with AED474 million and paying the funds over to the client, the Abu Dhabi general services company Musanada.

JSE-listed M&R is a 30% partner in the JV with HLG Contracting, an Abu Dhabi-based construction company.

M&R confirmed in January that this debit had placed the JV account into overdraft of an equivalent amount but the bank has no direct access to the funds of Murray & Roberts Limited and will have to pursue a claim under the parent guarantees in South Africa.

M&R’s share of the guarantees is worth about R745 million.

Jardim said last week the bank paid out the guarantees to the client in the Middle East without cause and the value of the guarantees are now owed to the bank.

“The client owes the JV [of which Murray & Roberts is a part] monies, which we are trying to settle,” he said.

The notice by Musanada was issued on July 21, 2020, after the end of M&R’s financial year to June 2020 for the $1.3 billion Al Mafraq Hospital Project in Abu Dhabi, now renamed the Sheikh Shakhbout Medical City project.

The AED221 million performance security was issued by the bank in 2011 and the AED253 million loan guarantee in 2016.

M&R said earlier this year that the HLMR JV considers the instruction by the client to the bank to have been issued in utmost bad faith.

It stressed however that the bank has no direct access to the funds of Murray & Roberts Limited and will have to pursue a claim under the parent guarantees in the normal course.

“The payout under these bond securities is not expected to have any income statement impact, nor any direct cash flow implications for the group,” it said.

“Murray & Roberts Limited has already placed the bank on formal notice that it will resist a call against the parent guarantees, as the bank was fully aware and on notice that the claim by the client against the performance security and loan guarantee was without cause.

“To this end, to protect the parent guarantees it has issued, Murray & Roberts Limited will pursue its defences in both the offshore courts in Dubai, as well as the courts in South Africa,” it said at the time.

HLMR has maintained that there is no basis for the payout of the guarantees to be made because the project had been completed to specification and the fully functioning hospital has been in use for more than a year.

Peregrine Capital executive chair David Fraser said there is a holding company guarantee that has been given for the project and the trouble with these performance bonds is that if they are called, then “you pay and argue later”.

Fraser said M&R contends that there is no problem “but that isn’t how these guarantees work”.

“They are effectively bearer bonds.

“As frustrating and as inequitable it is, that is what they signed,” said Fraser.

“I don’t think there is a real liability there, but they still have to pay the money and fight for it back.”

Group Five, which is in business rescue and delisted from the JSE in June 2020, is one of several major South African construction groups that has experienced difficulties with performance guarantees in recent times.

In Group Five’s case, this related to the $410 million Kpone power plant in Ghana, where the group’s bank guarantee providers paid a total of $106.5 million to the Cenpower Generation Company for delay damages due to the alleged inability of Group Five to complete the project by the scheduled completion date.

Group Five strongly disputed the amount claimed and the demand for the guarantees to be paid out.

Fraser said M&R is in a much more fortunate position than Group Five was because the group has a huge order book but now has to deliver off that order book.

Fraser stressed that it’s about execution of the order book.

“If they execute correctly, there is obviously upside and if they don’t, there is downside and there is probably quite a lot of downside because these are big numbers.

“That is really what has happened over the last decade to the South African construction industry. They have all been taken out on two or three very silly contracts where the allocation of risk has not been commiserate with the tender margin.

“At the end of the day, shareholders don’t want to commit capital to a situation where your upside is limited and your downside isn’t,” he said. 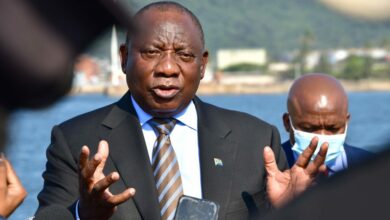 Science and innovation vital for our economic recovery 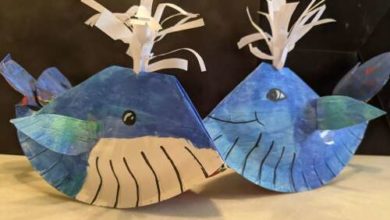