MPs who don’t want to toe their party’s line on the independent panel’s report on Tuesday will have to draw the presiding officer’s attention to their dissenting vote.

This is the effect of the Chief Whips’ Forum’s decision to keep the current rules for voting in hybrid parliamentary sittings intact for Tuesday’s decision on whether or not the National Assembly should institute an inquiry into Public Protector Busisiwe Mkhwebane’s fitness for the office.

Meetings of the forum are closed, but this was relayed to the National Assembly Programming Committee on Thursday morning.

The system currently works as follows: Each party’s chief whip says how many of its MPs are in the House, and how many are on the virtual platform, and how the party votes.

The presiding officer will then ask if there is any member whose vote differs from his or her party.

Parliament’s IT staff also check how many members of a specific party are on the virtual platform, as EFF chief whip Floyd Shivambu found out last year when he claimed 44 EFF MPs were present – the staff corrected it, saying that only 40 were present.

This system has been in use since April last year. It has generally worked without a hitch.

IFP chief whip Narend Singh said he supported this approach, as there was nothing unusual about the report and that they should therefore vote in the normal way.

DA chief whip Natasha Mazzone, who brought the motion for Mkwhebane’s removal, said she too supported this. She asked if a transcript of all members who were in the House and how they voted would be made available immediately after the vote.

National Assembly Speaker Thandi Modise was not keen on the idea.

“We’ve never, after a vote, dished out this,” she said. “I think we should be as normal, if you want, as possible.”

EFF MP Hlengiwe Mkhaliphi mooted a vote by secret ballot, which wasn’t met with any enthusiasm. The EFF are staunch supporters of Mkhwebane.

Secretary to the National Assembly Masibulele Xaso said a legal opinion had confirmed the committee’s view expressed at its previous meeting that Tuesday’s debate should focus on the process to be followed, and not the substance of the report.

Their report was released last Monday.

Much of the 10 396 pages consisted of court rulings and other court papers, and included representations by Mkhwebane.

While the ANC hasn’t publicly adopted an official position on Mkhwebane’s removal, the members of the party coalescing around corruption-accused ANC secretary-general Ace Magashule and corruption-accused former president Jacob Zuma – the so-called Radical Economic Transformation (RET) grouping – have indicated that they would not vote for a motion by the “enemy”, as Magashule put it.

On the other hand, Transport Minister Fikile Mbalula called Mkhwebane a “hired gun”, indicating that there isn’t unity in the party on the matter. Mkhwebane’s fate ultimately lies in the hands of the ANC.

Tuesday’s vote will be whether or not to go ahead with the panel’s recommendation of a parliamentary inquiry into Mkwhebane’s fitness for office, not whether she should be removed.

A simple majority is required to go ahead with the inquiry, while a two-thirds majority would be required for Mkhwebane’s removal.

If the National Assembly elects to go ahead with the inquiry, MPs will be appointed to a committee to conduct it. 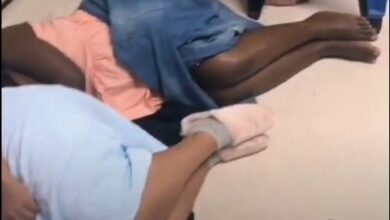 WATCH | Pregnant women sleeping on the floor at Joburg hospital 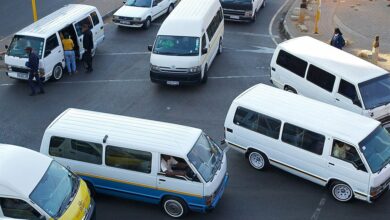