People might be better off buying a horse than an electric car given changing advice over the environmental benefits of motoring technology, MPs have heard.

Conservative Peter Bone (Wellingborough) told the Commons that a bio-fuel car would “destroy” the rainforest and a diesel car would “poison” people.

Speaking during questions to the President of the Cop26 climate conference Alok Sharma, Mr Bone said: “You will remember when David Cameron was hugging huskies and I thought it was a great idea to try and do something to save the planet, so I got rid of my my polluting petrol car, bought a bio-fuel car and then discovered I was destroying the rainforest.

“Now I know that when I drive along the street I’m poisoning people.

“So could the president please give me some advice, before buying an electric car will he assure me that the mining of cobalt and lithium isn’t killing people in the mines?

“Or would it just be easier for me to buy a horse?”

Answering the question, Mr Sharma said “it would certainly be sustainable”.

He went on: “It’s great that he’s made a decision to purchase an electric vehicle and I can tell him he won’t be disappointed.

“Plug-in grants are available and he knows that the Government is also backing the sector with almost £3 billion worth of support.”

The UK is hosting the Cop26 international climate conference, in Glasgow this November.

Ministers say they want the meeting to be a “physical event” with Mr Sharma telling MPs “that is the basis on which we are planning”.

During the questions Labour’s Darren Jones (Bristol North West) asked: “Many stakeholders who would normally engage at Cop26: civil society, NGOs, politicians, business leaders, still don’t have clarity about how they will engage at Cop in November.

“I understand the difficulties related to the pandemic, but can the president give the House an update today when guidance will be provided to stakeholders about online versus offline and whether presence will be allowed in Glasgow?”

Mr Sharma told the Commons: “I’ve always been clear and I’ve reiterated this in a speech I gave in Glasgow with six months to go to Cop, that we want this to be a physical event, that is the basis on which we are planning and we’re ensuring that we’re exploring all measures to ensure this is Covid secure, it’s safe for the people of Glasgow and of course safe for participants as well.”

After seeing his homeland of Zimbabwe struggle, he opened a Charlotte gallery to help – The Madison Leader Gazette

LTO extends registration validity of cars with plates ending in 5 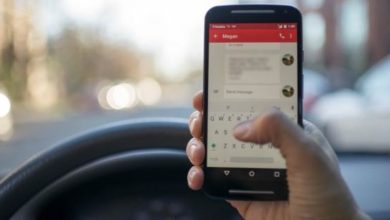 ‘Put the phone away’: Shocking number of drivers admit to regularly texting while driving 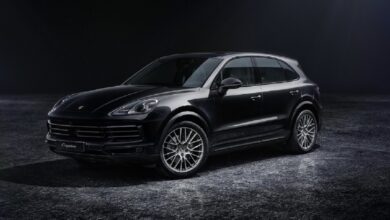