Maputo — Military solutions are always expensive and extremely destructive “warn the participants in a virtual seminar of experts and operators of various Catholic organizations dedicated to the crisis in Cabo Delgado, in the northern region of Mozambique devastated by violence committed by jihadist groups which refer to the Islamic State.

“A refelction on the Mozambican state budgets shows that the allocation on military offensives is having a huge impact on what the country sets aside for water supply, health and social assistance.

Military allocation at the moment is three times more than what is allocated for these other three items”, said Bernhard Weimer, a longtime expert on the Mozambican crisis. The government of Maputo has in fact chosen the military option, after receiving the support of the member countries of the SADC (Southern African Development Community). The first SADC country to send troops is Botswana, whose troops will join the 1,000 troops who arrived in Mozambique earlier this month from Rwanda, which is not a member of the SADC. Rwandan troops reported that they had already taken action and killed 30 insurgents last week. South Africa has announced the dispatch of some 1,500 troops, including several members of the special forces. The SADC mission in Mozambique will be led by South African general Xolani Mankayi, who is in Mozambique as part of an anticipated deployment. Soldiers are expected from other SADC member countries, including Tanzania and Angola. The SADC has approved a $ 12 million budget for the deployment of the Standby Force Mission to Mozambique. Earlier this year, the group’s military experts recommended that SADC send about 3,000 soldiers with weapons, helicopters, airplanes and military ships.

The apostolic administrator of the diocese of Pemba, Mgr. António Juliasse Sandramo, expressed his reservations regarding the growing militarization of Cabo Delgado, underlining that the province “has entered a new cycle of violence inaugurated with the entry of foreign forces to support the Mozambican Defense and Security Forces in addressing this situation. We are only seeing the beginning of this cycle, but we do not know what the course will be nor the end”.

Meanwhile, the humanitarian situation in the province is worsening: according to the World Food Program, nearly one million people are in need of food aid because of the conflict.

Botswana: Zim Man Jailed for 12 Years After a Raping a Botswana Teen for 3 Hours 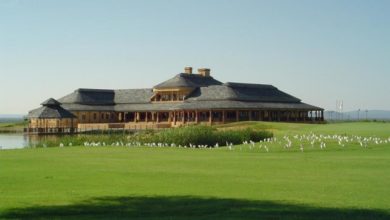 A ray of hope – The Voice Newspaper Botswana